Home
Hollywood Gossip
September 11 Remembered Through Silence And Giving Back

Memorials in New York, at the Pentagon and at the crash site of United Airlines Flight 93 in Pennsylvania all took place under gray skies, and those reading names at ground zero spoke under tents to protect against rain.

Eight years after the terrorist attacks on Sept. 11, 2001, the nation paused Friday to remember. “This is not rain, this is tears,” said a father who lost his son, as he stood under sodden New York skies. 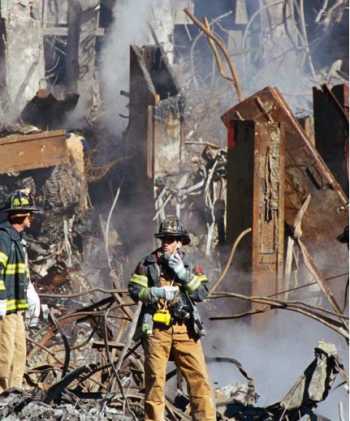 In an annual tradition, two bright blue beams of light rose from lower Manhattan in memory of the fallen towers on Friday night.

Across the country, Americans marked the anniversary with service projects.

Volunteers in Boston stuffed packages for military personnel overseas. In Tennessee and West Virginia, they distributed donated food for the needy. Community volunteers in Maine worked on a garden and picnic area for families transitioning out of homelessness.

In Chicago, they tilled community gardens, cooked lunch for residents of a shelter and packed food for mothers and babies. And on the lawn of the Ohio Statehouse, volunteers arranged nearly 3,000 small American flags, in a pattern reminiscent of the trade center’s twin towers. At the top was an open space in the shape of a pentagon. 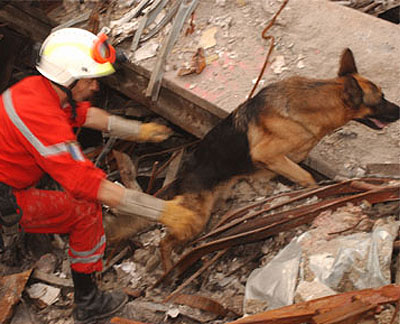