Please do not continue reading if you just ate or have a sensitive stomach; this post includes two of the most nauseating celebrity couples in Hollywood today.

You have been warned.

First up, Heidi Montag and Spencer Pratt – now officially Mr. and Mrs. Pratt. The attention hungry couple exchanged vows last weekend for an episode of The Hills, which doubled as a wedding.

Oh wait, it’s the other way around – their wedding doubled as an episode of The Hills. I think. I don’t know. I can’t tell where the line is between “reality” and “real life” for those two.

Anyway, they honeymooned in Mexico – ignoring all warnings of Swine Flu. Lucky for them (but not us) they had face masks so they could still enjoy a romp on the beach with camera crew in tow. They loved the masks so much, the vomit inducing couple wore them all the way back to LAX.

Hey, Speidi isn’t going to let a silly little highly contagious, rapidly spreading, possibly deadly virus spoil an opportunity to be in the spotlight, after all. 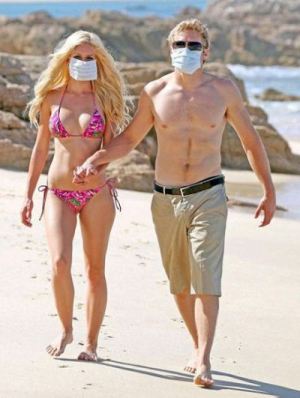 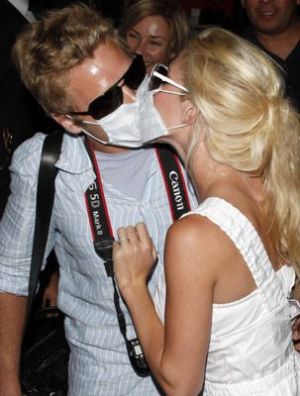 I’m going to make you guess who the other puke worthy couple is…..

One half of the couple is an insecure needy person who is incapable of being single, the other half is Jamie Kennedy.

Hewitt on her own makes my stomach churn – she’s bugged me for years – but being in a relationship with Jamie Kennedy is making it worse.

Every time one of them opens their mouth it’s to coo and gush over the other. According to Jennifer Love Hewitt, the two are basically perfect for each other. But doesn’t she say that about all the men she’s been in a relationship with? 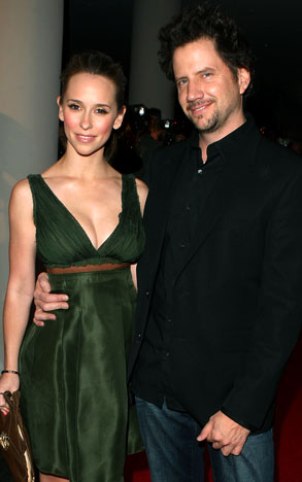 Maybe these two couples should start hanging out together.

Or maybe not – that could very well create an avalanche of vomit.