So rumor has it, anyway.

Suicide is something personal and really nothing to make fun of. When someone has gotten to the point of wanting to take their own life, they are as low and they can go, and don’t need to be kicked while they’re down.

If Owen Wilson is truly hurting in this way, I feel for him deeply and I hope he feels better soon.

“I respectfully ask that the media allow me to receive care and heal in private during this difficult time,” Wilson, 38, said in a statement released to Reuters. Wilson asks to “heal” after suicide reports 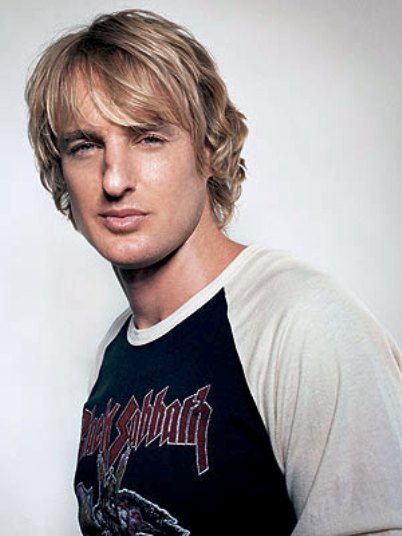 He is left handed.

Owen Wilson and his two other brothers, Luke and Andrew, all share the same middle name: Cunningham.

Owen is a big fan of Winston Churchill.

He has never taken any acting classes.

Owen admitted to having a crush on Jane Seymour, his Wedding Crashers co-star.

Owen was not baptized as a child, but he became Catholic later on, as an adult. He is currently a practicing Catholic.

In 10th grade, Owen was expelled from high school because he was caught stealing his teacher’s textbook in order to help him finish his math homework faster.

Owen Wilson was nominated “Stoner of the Year” by High Times Magazine in 2004.

Owen graduated from The University of Texas at Austin with an English degree.