It is often said, and I completely agree, that John Stewart has the best job in the world. The Daily Show is the most entertaining news shows on television – with The Colbert Report coming in a close second. Sure, the show has great writers, but more importantly it has John Stewart who is one of the funniest men on the planet today.

What would John Stewart ask OJ Simpson if given the chance to interview him?

Al Capone, in case you didn’t know, was not sent to Alcatraz for all of his mob actions, he was busted for tax evasion. Here’s a quick trivia question…What did Al Capone state as his profession on his business cards? (scroll down for answer.) 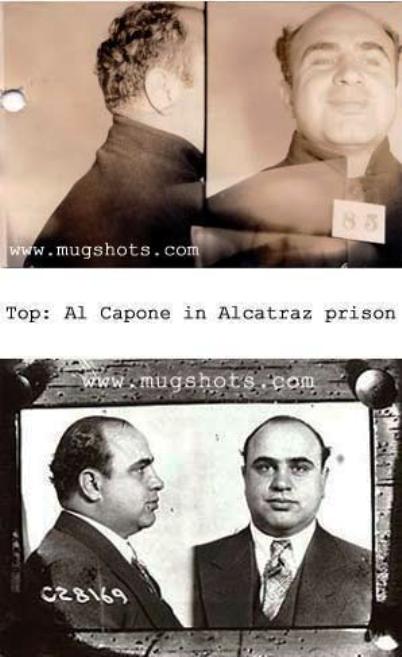 Capone’s best friend during his term of incarceration on Alcatraz was former public enemy number one Alvin Karpis.

During his later years, an increasingly delusional Capone claimed he was being haunted by the ghost of James Clark, one of the victims of the infamous St. Valentine’s Day Massacre.

Capone was reportedly in a meeting with the Dade County district attorney in Miami when the bloody St. Valentine’s Day Massacre occurred.

Reportedly, the only mobster whom Capone feared was Hymie Weiss.