The following piece was written by a personal friend of mine, after her experience at this year’s Folsom Street Fair. I was actually in San Francisco the day before for the Love Parade, but from the sound of things, Saturday’s festival was very different from Sunday’s.

I took it upon myself to go to the Folsom Street Fair this past Sunday. It’s been called the “Largest Leather Gathering” in the world. You know what? I believe it! I don’t think I knew what to expect other than a lot of leather. The experience left me to search within myself what the Fair was about.

I got there right in the midst of the Fair, around 2 PM. It was crowded and after I paid $5 to get in, I was “treated” to things I had never even thought of imaginable! First off, I saw a completely naked man (who seemed like a Monk to me, bald and looking Asian.) He had piercings on his n@@ples, his penis was bound by something, as were his testicles. I never knew “blue balls” were for real. I thought it was simply a quip about a man not having been “lucky.” Now this guy, was asphyxiating his very own members! He REALLY did have blue balls!

He proceeded to fiddle with a wooden board, about 18″ by 18″ square and roughly half an inch thick. It had a metal chain link on all four corners. He brought it all together in a carember latch and then hung it onto the dealy bop that was choking his two blue balls. I COULD NOT BELIEVE IT!!! But I was watching it, even took several shots with my 35 mm camera. Now I’m afraid to get it developed! But I live in the Bay Area, so I should be fine. (I hope the blue comes out in the photo!)

People were happy, walking around or simply hanging out, greeting friends in their birthday suit. There was laughter, food and song. Lots of vendors selling their wares; leather wares, porn videos, clothing, jewelry, crafts, memberships to various clubs. Of course, there were food vendors which I’m always a sucker for but I was a bit apprehensive. Where have those hands been? Well, I eventually gave in and had chicken on a stick from a booth that sold Filipino food. (Somehow, the sausages didn’t appeal to me.) They all wore gloves and didn’t seem like they were at all interested in anything other than making loads of money from their food. It was yummy, but I didn’t have any more of an appetite afterwards.

I wandered around, taking photos and watching people. After three hours, I’d had enough. It all got to be a blur. I’d never seen so many live penises in my entire life. I learned I can only see so many chaps, hairy butts, chains and cuffs before it got redundant. (It actually got to the point that it all looked the same, in spite of length, shape, color or size.)

As I rode the BART train on my way home, I began thinking about what the Fair was about. Well, I’m not really sure. I have participated in or observed numerous festivals in all the years I’ve been on this planet. It’s been joyous, happy and loving. I’ve so enjoyed myself in or at them. The Folsom Street Fair had an air of “attitude.” As an “in your face” type of attitude regarding an aspect of life many know nothing or are grossed out about. On one hand (maybe not such an appropriate use of the word), I have to give credit to those who are into the BDSM. For having the moxie to exhibit themselves like they did on Sunday. To say it takes balls would be an understatement.

Then on the other hand, my mind was sent reeling as to why people would want to be dominated, whipped or controlled by someone else. I’ve heard it said, “different strokes for different folks.” Well now, ain’t that the truth?! I kept trying to figure it out.

In the end, I realized there was nothing for me to figure out. It was simply their preferences and activities they enjoyed. Who am I to judge simply because I do not understand? Maya Angelou once said, “Nothing human can be alien to me.” Meaning one shouldn’t say “Oh, I would NEVER do that!” Rather the saying should be, “I INTEND never to do that.” The Fair was a great opportunity to practice that mantra.

When I got home from the Fair, I knew the cuffs, whips, chains and being dominated were things I intend to never want to experience.

These pictures were taken by my friend on her cell phone. I slightly altered the last picture, as too not offend anyone too much. Enjoy! 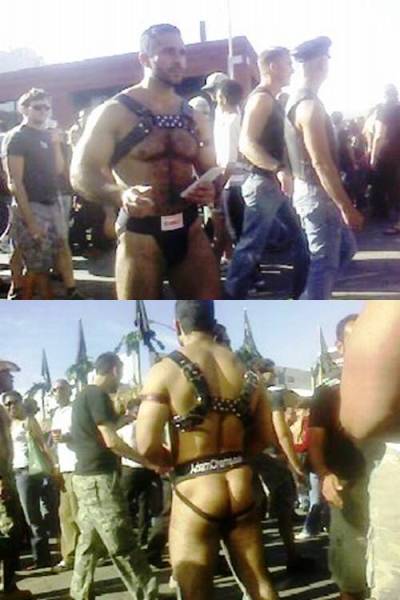 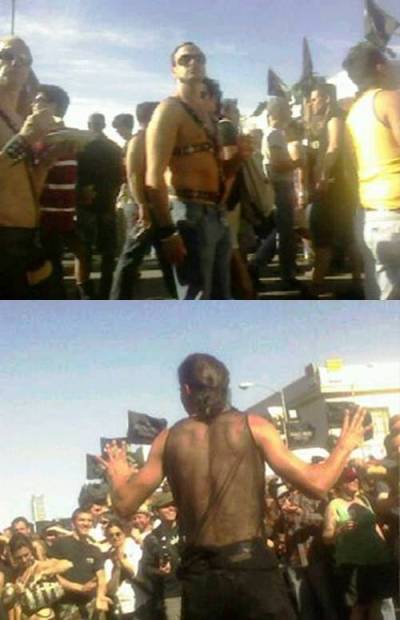 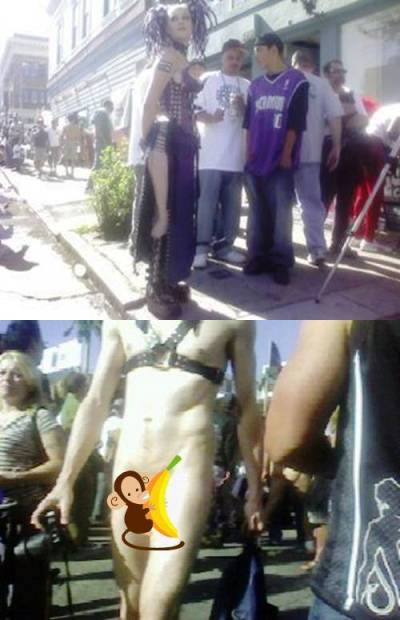