Head’s up! The Hollywood poop has been flung!

One of the best things about having a Hollywood gossip blog is all the different types of people you come in contact with; we’re all so different yet so much the same, loving celebrities and gossip.

There once was a girl name Maha,
Who looked death in the face and said HaHa.
Breast Cancer at twenty-four,
Her exotic locks are no more.
But she’ll continue to fight and to gossip.
-Hilary Shepherd

I love Katie Holmes…However @@@@@ needs to ask the wizard for a brain. Well in her case it might actually be a screwdriver because many of her robot screws are loose. Either way, she needs some serious help.

How do you tell the media you hate them? By selling your soul to them. Look Heather Mills, you are two pills away from complete crazy…you need to shut the hell up! She went on and on and to be honest I had to switch the channel a million times because Dora The Explorer was on and she was teaching me how to speak Spanish. Did you know Taco is actually the word for Taco? I was floored.

[Britney Spears] is going to auction off the outfits…to raise money for the Natural Resources Defense Council. I love how anytime celebrities want to do well in this world, they help the environment. It’s great and all but how about giving up your must-have shopping sprees at Chanel for a weekend to some kind of human charity? Maybe I’m just bitter because I have this rash from all these blooming spring plants. That’s what I told that guy I met anyway. He’ll eventually find out, I mean he’s got to pee at some point.

“I want you to see that within a world of pain and cruel twists, there can be laughter.” – Maha

Mud Sticks. Fling your own Celebrity Gossip at Celebrity Fling 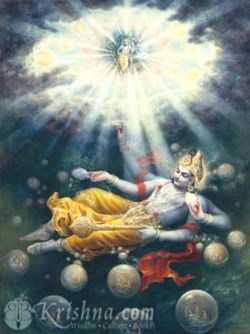 Lord Mahavisnu rests in the River Viraja, Causal Ocean (Karanodaka) which is the border between transcendental and material realms. [Vedic Knowledge Online] 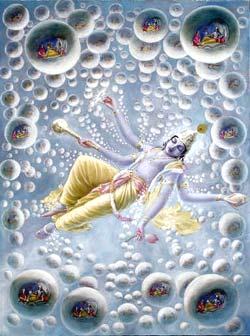