So I hope whatever lazy bug bit me is dead and gone, and I can get back on track this week.

I thought a great way to get into the zone would be to read about people who are just so dumb they really shouldn’t be alive. Or at least shouldn’t be allowed to vote. You know the type…..

…a robber left his phone number at the scene of the crime.

…he shows up early at a muffler shop and demands money from the safe, but the clerk tells the robber only the manager can open it…

And now, from the State of Georgia, comes Michael and Michele Hardin, a couple who are a little unclear on the concept of text messaging.

…alleged that NBC’s “Deal or No Deal” violated state anti-gambling laws, when it invited viewers to take part in a game via text message.

…the court ruled unanimously against Michael and Michele Hardin, who wanted NBC to repay them for being dumb enough to send a bunch of 99-cent text messages for the show’s “Lucky Case Game.”

NBC attorneys say the game was a promotional tool and not a lottery. TMZ – Court to Dummies: You Text, You Pay! 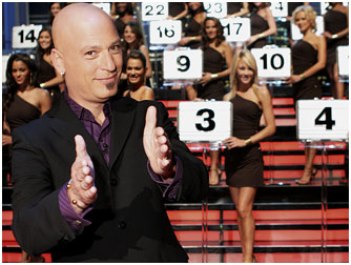