Home
Hollywood Gossip
Remy Ma In Jail The Next 8 Years.

Oh, and the wedding is off until further notice.

Remy Ma was convicted last month of assault, illegal weapon possession and attempted coercion stemming from an incident last July during which the female rapper shot her friend Makeda Barnes-Joseph over a messily $3,000.

The wedding between Remy Ma and fellow rapper Papoose, if you’re wondering, was supposed to happen this weekend but had to be called off because Papoose tried to smuggle in handcuff keys, and has now been banned from Rikers Island for six months.

Both Remy Ma and [her lawyer Ivan] Fisher have said that the shooting was an accident. After the sentence was handed down, The Associated Press reported that Papoose screamed, “All you want is money!” in the hallway outside the courtroom, seemingly addressing Barnes-Joseph, whose civil suit against the Grammy-nominated Ma has been dropped but could be refiled in the future. Barnes-Joseph was in the courtroom for the sentencing, but was not in the hallway when Papoose began shouting, the AP reported. As he was escorted out of the courthouse by court officers, Papoose reportedly added, “Lock me up! Lock me up!” MTV.com 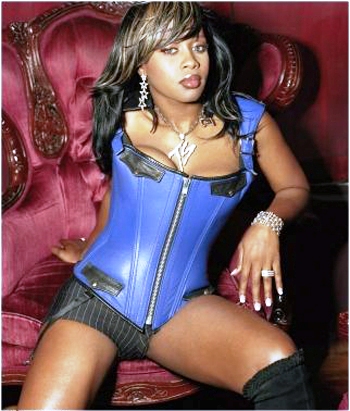