Guess where I am.

In my new place! And I’m on the internet. Ooooh…so exciting. No more commuting to the old place just to use the computer.

So is it just me, or is Hollywood a little boring right now? Gone it seems are the days of a coked up Lindsay and pantiless Britney. Long gone is skanky Paris. Even Amy Winehouse is boring; now that’s she practically dying or something. What is the celebrity world coming to?

The best gossip these days revolves around pregnancies and births – except of course for the ever present celebrity DUI and rehab stint. Boring!

Give me catfights! Give me shaved snatch shots! Where oh where have all the whores gone?

Here is the least boring recent gossip I could find. I have purposefully left out any news related to babies, drunk driving, and or drugs by the way…..

The ultimate Golden Girl, Estelle Getty, has gone to the Pearly Gates in the sky…

Is it wrong for me to hope Nick Hogan drops the soap?

…the little prison bitch turns 18 this Sunday and will no longer be housed with the juveniles! That means Nicky-poo gets to be transferred into an adult facility, with the big boys!
It’s said to be an “open dormitory type of setting” where he will be in contact with other adults. Happy Birthday, Nick!

Cover your eyes! The elder Hogan spawn and her naked body might be coming soon to a newstand near you.

Brooke Hogan has been offered the cover of the 55th Anniversary of Playboy. And she’s actually considering doing it! I don’t know why I just used an exclamation mark. Oh, that’s right; I plan on jabbing it in my eye. Brooke Hogan might be posing for Playboy

Poor Jessica Simpson, thinking she’s country. But alas, she is not.

Jessica Simpson is getting no love from country music fans. Jess performed at Country Thunder in Randall (no, I have no earthly idea what a country thunder is) last Saturday. Her first time on a country stage was met with less than stellar reviews from the fans. Jessica Simpson Gets Boo’d By Country Fans

Note to Scientologists: If you don’t want people to think you’re weird, don’t do things that turn you purple.

Katie Holmes has been hiding her hands recently. In photos you can see her wearing gloves or long sleeves that cover her hands. Rumor has it that her hands turned purple by the Scientology ritual called “purification rundown” or Purif. It involves super-doses of certain vitamins that are supposed to rid the body of toxins and results in the discoloration of the hands. The dosage is so high that they’re called “vitamin bombs.” Katie Holmes – Scientology Purification Rundown (Purif)

Why aren’t Omarosa’s fifteen minutes up yet?

… Omarosa Manigault-Stallworth – appeared Monday on “The Wendy Williams Show” to promote her upcoming book but instead spent more time trading insults with radio personality-turned-talk show host Wendy Williams, who infamously engaged Whitney Houston during an interview on her radio show in 2003. Omarosa: Wendy Williams is ‘a fake and a phony’ 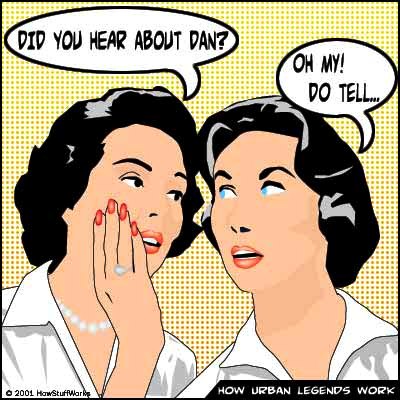