And we all thought Britney Spears was crazy! I’ve always known that the quiet ones are the ones you’ve really got to watch.

If you were to mention Shelley Malil’s name last week, I would have had no idea who you were talking about. But now that the character actor has been accused of brutally stabbing his ex-girlfriend, I’ll remember his name for years to come.

It’s being reported that 43-year-old Shelley Malil, best known for playing Haziz in 40 Year Old Virgin, showed up at ex-girlfriend Kendra Beebe’s home in San Diego and proceeded to go stark raving mad and attacked the 35-year-old mother of two, stabbing her over 20 times.

Neighbors heard the ruckus and did their best to prevent Malil from escaping; he was arrested last night at the San Diego Amtrak station and sent to the San Diego County Detention Center. Today, Shelley Malil was charged with attempted murder.

Beebe is currently hospitalized but reportedly expected to survive.

“Her chin was almost entirely cut off,” neighbor Charleton Lee told KNSD. “She had a huge gash in her arm that looked like a really deep wound that was bleeding profusely.”

In Case You Didn’t Know 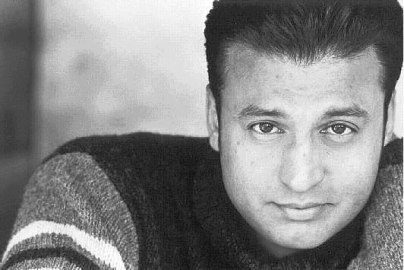