We all know the story of Goldilocks and the Three Bears – little girl breaks into home, eats bear food, goes through bear belongings, falls asleep in bear beds.

But what happened to her once she was chased away and grew into an adult?

Police in Casper, Wyoming arrested a 28-year-old woman last Saturday after responding to a call from her hotel room, and found the woman to be in possession of stolen property.

The property in question was a barrel of cinnamon bear candies from a local restaurant.

After police arrived at the woman’s hotel room and determined her call to be an accident, they saw the barrel of candy and recognized it as the one reported missing from Poor Boys Steak House.

According to police the woman admitted to having been at the restaurant the day before and said that one of her friends had grabbed the barrel and given it to her.

The woman has since been charged on suspicion of possession of stolen property. 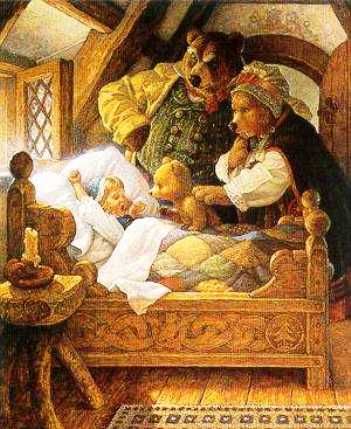 A little something interesting about Goldilocks and the Three Bears:

The story makes extensive use of the literary rule of three, featuring three chairs, three bowls of porridge, three beds, and the three title characters who live in the house. There are also three sequences of the bears discovering in turn that someone has been eating from their porridge, sitting in their chairs, and finally, lying in their beds, at which point is the climax of Goldilocks being discovered. This follows three earlier sequences of Goldilocks trying the bowls of porridge, chairs, and beds successively, each time finding the third “just right”. Author Christopher Booker characterizes this as the “dialectical three”, where “the first is wrong in one way, the second in another or opposite way, and only the third, in the middle, is just right.” Booker continues “This idea that the way forward lies in finding an exact middle path between opposites is of extraordinary importance in storytelling”. [Source] 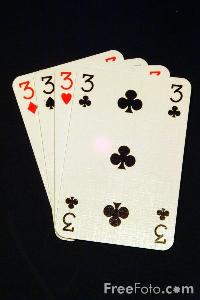