Lane Garrison was released from prison last Wednesday, April 29th, after serving time for a DUI conviction stemming from a fatal 2006 crash in which Garrison was the driver.

The former Prison Break actor was greeting by family and friends as he left California Correctional Institute in Tehachapi a little before 4:00 a.m. Later he was surrounded by loved ones at a welcome home party hosted by Joe and Tina Simpson. Jessica Simpson was also there, but here sister Ashlee Simpson-Wentz was not.

In regards to his release, Lane said, “I’m blessed to be alive. I’m just worried about getting through treatment right now. I’m looking forward to getting on with my life and doing the right thing and helping people.” [source]

After the party Lane Garrison traveled to a Tarzana Treatment Center, where he will be living for the next five months as part of an in-patient rehab program.

While in prison Lane Garrison participated in a substance abuse program, and was even a peer educator – only possible because of his good behavior while behind bars – which has made him eligible for the program at Tarzana Treatment Center.

If you’re wondering why Lane Garrison went to the Simpson’s house of all places, it’s because Joe Simpson was Garrison’s youth pastor, and the troubled actor even lived with the family for a short period of time.

I wish Lane Garrison the best of luck and really hope he turns this tragedy into something positive. 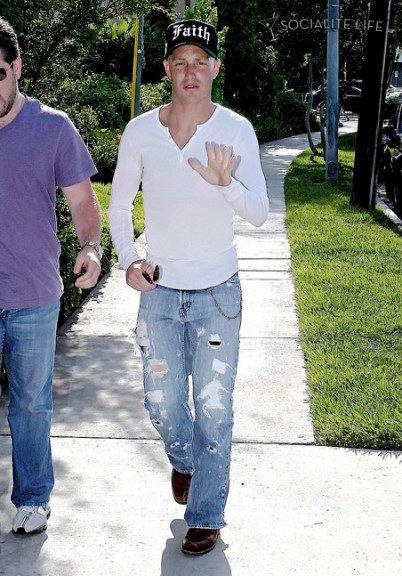