What’s up with the crazy celebrity head injuries lately?

Sting’s daughter Coco is currently in intensive care after a freak accident at a restaurant in Los Angeles.

The aspiring young singer collapsed during dinner and hit her head on a chair as she fell. A source told the UK’s Mail on Sunday that, “One of the waiters helped her to her feet but she complained she didn’t feel well. The staff and her friend were very concerned and Coco was taken to hospital.” The diagnosis was a fractured skull, and Coco, 18, was admitted at once.

Sting, who is currently touring here in the States, put all that on hold and rushed to be with his daughter, while her mom, Trudy Styler flew in from Britain to be with her child at such a worrying time.

The upcoming artist, who is in the US to produce and record her first solo album, had not been drinking, and the accident happened quite soon after she and a friend arrived at the eatery. Her injury, while serious, is not causing Doctors undue concern, and after they had completed numerous tests a family friend gave us all the good news, “It was a worrying time for Sting and Trudie but, thankfully, Coco is recovering well.” the reporters were told.

The talented teen is now staying at the medical center for a few days of routine observation, and we’ll keep you advised as more news comes in.

I live alone and often times think how horrible it would be if I fell and hit my head and no one found me. But the extra scary thing is that it could happen when I’m with someone, and I could still die.

I’m glad Coco is expected to make a full recovery. 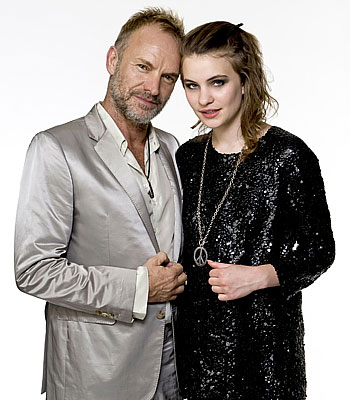