Paris Hilton wants us to believe that she doesn’t sleep with every boy she dates, and in fact has had sex with only a couple of people.

I, of course, do not believe her one bit. How do you know if Paris is lying?

Her lips are moving!

Let’s take a little stroll down memory lane, shall we?

During this time Paris is dating boy-bander Nick Carter – until pictures surfaced of what was said to be a bruised and beaten Paris. Years later, Nick Carter says he cheated on Paris Hilton with Ashlee Simpson.

2005
After dating for only five months, Paris Hilton and Greek shipping heir Paris Latsis announce their engagement. Hilton’s spokesperson says, “They are happy and excited.” A few weeks later, the love of Paris and Paris is no more and the couple breaks up.

2006
Paris Hilton went from one Greek shipping heir to another when she started dating Stavros Niarchos. The couple broke up and got back together a bunch of times, and as recently as Nov. 2008 are said to still be boinking.

2007
In a bit of a random hook up, Paris Hilton is seen out with Josh Henderson from Desperate Housewives.

Probably the most random hook up of the year was some model wannabe named Alex Vaggo.

2008
It starts to look like Paris Hilton and Nicole Richie might be in-laws when Paris starts dating Benji Madden, the twin brother of Nicole’s man, Joel Madden. Two months into the relationship, Paris declares her love for Benji, “I’ve never felt so happy and in love” – they break up in November.

2009
Paris starts showing up places with “reality star” Doug Reinhart, of MTVs The Hills. In April she announces that Doug, “is going to be my husband.” By June the relationship is over.

Um, yeah, I’m not convinced – I still think Paris Hilton banged them all. 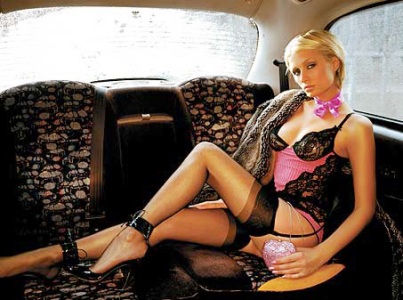