Really the only thing we know from today’s autopsy is that there was no foul play involved, and that Michael Jackson was taking multiple medications.

This evening the Jackson family met with police and it was concluded that “no crime” was committed.

Michael Jackson’s personal physician, Dr. Conrad Murray, was nowhere to be found when Jackson was taken to the hospital yesterday; although he was there when Michael had his cardiac arrest. Thursday evening the Dr.’s car – registered to his sister – was towed off the property.

TMZ has learned that the Dr. sent a letter to his patients about 10 days ago announcing that he would be taking a leave of absence from his practice. They also found out that the Dr. had recently been put on AEG’s payroll – the company that was putting on the concerts in the UK.

When it comes to the fate of Michael Jackson’s children, TMZ reports that Debbie Rowe, Jackson’s ex-wife and the biological mother of his two eldest children, still legally has rights to custody of the children.

Debbie Rowe — She Gets Custody if She Wants

Michael Jackson’s family says no way, no how and has gathered a team to help them block Debbie Rowe from having rights to the children.

The 911 called made after Michael Jackson went into cardiac arrest on Thursday was released today too.

I’m going to be in San Francisco all day and night tomorrow for the 17th Annual San Francisco Dyke March; this year’s theme is “Dyke Rights = Human Rights”. I’ll do my best to remember to take pictures – jello shots are going to play a hefty role in the day – and tell you all about it on Sunday. 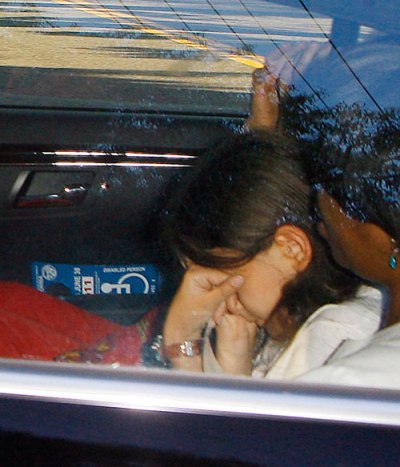