In the middle of writing my post last night about Lindsay Lohan having to appear in front of a judge about her probation, my internet went down. So a-noy-ing! It was still down this morning, but now it’s finally back. Oh how I missed it so.

But I digress…..Lindsay Lohan appeared in court this morning, and was given an extension to her probation – apparently the judge doesn’t read gossip blogs and is therefore blind to Lindsay’s obvious alleged drug use.

Guess the judge doesn’t look at celebrity photos online either, because if she did, she would have come across the pictures of Lindsay Lohan at the disastrous Ungaro fashion show. 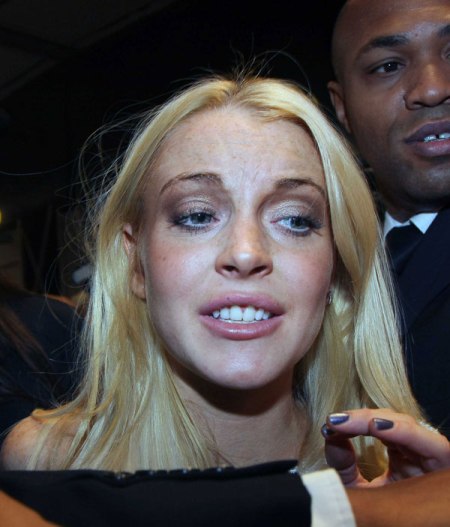 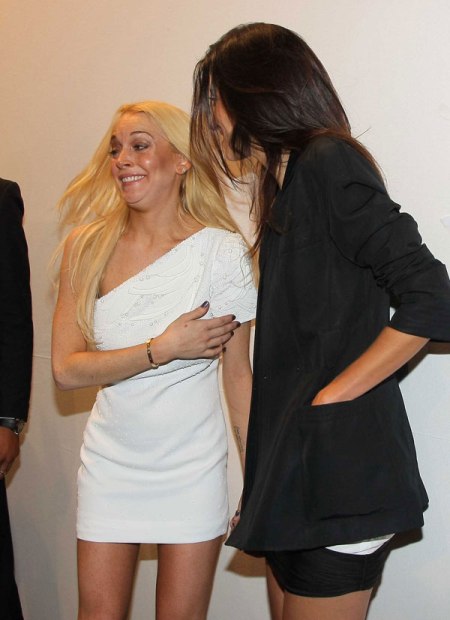 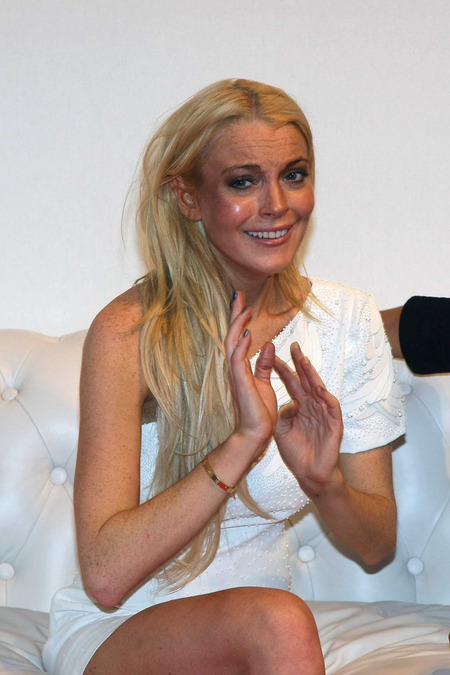 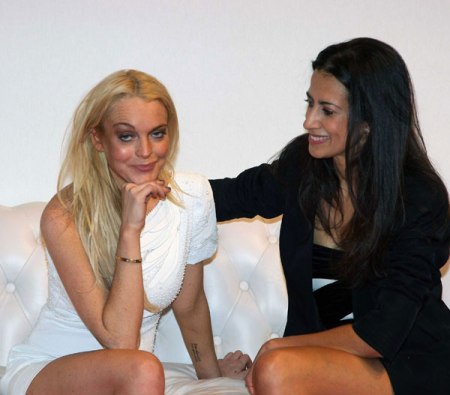 Check out the rest of the Lindsay Lohan Ungaro pictures at Celeb News Wire.

So anyway, today Lindsay Lohan was given another year to complete her alcohol education classes and therapy that were court ordered as a result of her 2007 arrest.

According to her lawyer, Lindsay Lohan has been soooo busy with “work” that she hasn’t had time to do what she needs to do to keep her ass out of jail (I’m guessing he worded it differently).

I think Lindsay’s lawyer believes that his client’s “work” is filming movies, but we all know how she really allegedly spends her days.

One more picture of Lindsay Lohan at the Ungaro show, just for good measure…..

Crikey! What’s up with her friggin’ eye balls? 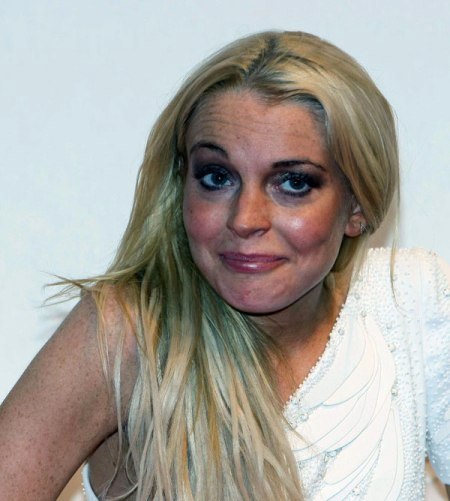