Most of the time I have a lot of fun reporting on celebrity gossip, but every once in a while there are stories that genuinely make me sad – stories like this one.

Currently most known for his role as Dexter, the serial killer of serial killers, Michael C. Hall cemented himself in my brain as David Fisher on the awesome HBO drama Six Feet Under.

Hall, 38, said in a statement he is lucky to have been diagnosed with the “treatable and curable condition” – Hodgkin’s lymphoma – and thanked his Los Angeles-area medical team for their skill in caring for him.

His spokesman, Craig Bankey, said Hall’s cancer is in remission but the actor will continue scheduled treatments.

The 38-year-old plans to attend Sunday’s Golden Globe awards with his wife, actress Jennifer Carpenter, and the upcoming Screen Actors Guild ceremony. He’s a nominee at both awards shows for his role as a serial killer in Showtime’s Dexter.

The disease has a 90% survival rate if caught early. 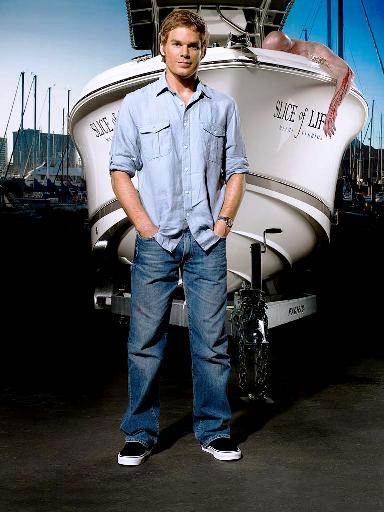 What is Hodgkin lymphoma, anyway?