Best known as Kelly Robinson in the 1960s television show I Spy – but known by younger generations as Warren Whelan on Everybody Loves Raymond – actor Robert Culp died today from heard injuries sustained during a fall at his home.

The 79-year-old actor was rushed to Queen of Angels Hospital on Wednesday morning after falling outside his Hollywood home, authorities said. He was pronounced dead shortly after arrival, the Los Angeles Times reports.

Culp suffered a blow to the head after falling while taking a walk and was found by a jogger who called 911. Paramedics, patrol officers and detectives responded to the scene. A preliminary investigation found that “his death is accidental and there appears to be no sign of foul play,” police Lt. Bob Binder tells the Times.

A native of Oakland, Calif., Culp rose to fame playing a secret agent in I Spy, a show that co-starred Bill Cosby and helped break the color barrier in Hollywood. Off-screen, too, Culp became involved with civic causes, most recently opposing construction of an elephant exhibit at the Los Angeles Zoo.

Besides his TV work, Culp is also known for memorable movie parts, such as Wild Bill Hickok in The Raiders, playing the fiancé of Jane Fonda in the romantic comedy Sunday in New York, and he went on to star in Bob & Carol & Ted & Alice in 1969. 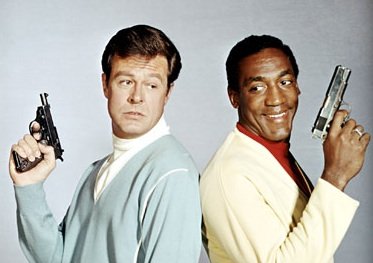