Lindsay Lohan has spiraled so out of the control lately that the LAPD has been thinking about intervening.

The officers who have seen Lindsay at her worst – late nights and early mornings when she needs assistance avoiding the paparazzi – tell TMZ they have been concerned about her “erratic behavior” and “attitude” which have grown progressively worse over the last few months.

During one of Lindsay’s crazier nights out recently, cops became so concerned they discussed taking her in for a 5150 evaluation, but she didn’t meet all the criteria so they couldn’t.

Lindsay Lohan used to be fun to watch, but now it’s just getting pathetic and scary. Britney Spears was acting like this right before she was taken away to the loony bin, ya know.

Lindsay really has been out of control – more so than usual – the past couple of weeks. She even went to Perez Hilton’s birthday party (barf) the other night for some crazy reason. Hilton is notorious for talkin’ sh*t about the Lohan family, so why Lindsay would want to go to his birthday party is beyond me.

Unless, of course, Perez Hilton’s party was Lindsay Lohan’s head-shaving moment; and if that’s the case, the girl needs to be locked up stat. 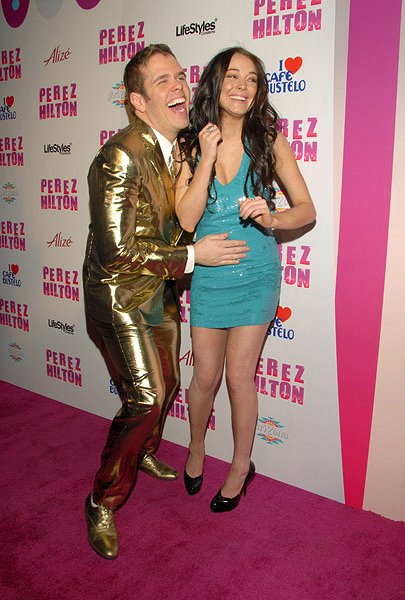