I’m sorry, what? A known philanderer and all around arrogant ass is the hottest bachelor? What is this world coming to? Please tell me there are better bachelors out there than Mario Lopez.

He was married a few years back and we all know how that ended.

[Mario Lopez and Ali Landry] were engaged during the summer of 2003 and married on April 24, 2004, but two weeks later she had the marriage annulled over alleged infidelities committed by Lopez during the relationship. [Ajax Celebrity]

And his most recent relationship, with professional dancer Karina Smirnoff, ended about two weeks ago, in pretty much the same fashion as his marriage.

“You know, I am okay now. I was little bit upset earlier. But there is no easy way to break up, and, especially when you’re in the public eye, it’s that much harde…But, you know, it could be worse. It could be Divine Brown [the prostitute caught with Hugh Grant]. But, again, it’s not that bad.” Pop Crunch

Not only does PEOPLE Magazine give him the totally undeserving title, they actually ask him about dating and what he looks for in a girl.

“I like a girl who’s from a modest sort of upbringing, because it’s more relatable,” he says, explaining what he looks for in a potential girlfriend. “I’m a first-generation American. My parents [Elvia and Mario Sr.] emigrated from Mexico and live in the same house I grew up in Chula Vista, Calif. I’d feel weird if the girl was a little too uppity or affluent, because I’m a very down-home kind of guy.”

For the lucky ladies who do manage to snag a date, expect to be flexible. “I like to go to a place in Koreatown in L.A. where they have private karaoke,” he says of his favorite date activity. “It’s a great place to bring a girl and see how she reacts. If she rolls with the punches and has a good time, then I’m like, ‘All right, this girl is cool!'”

Of course, what he left out is that the girl is even cooler if she’s blind to his cheating ways. 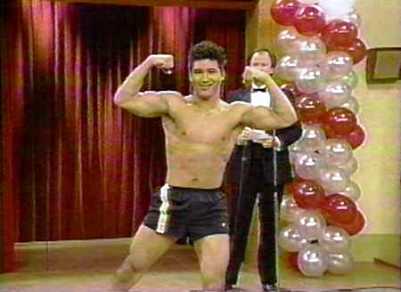