Kristin Cavallari, star of The Hills, is single once again, having broken up with her boyfriend after finding he was cheating on her.

D*mn cheater! So sick of them!!

The 23-year-old reality star had been dating club owner Sam Nazarian for a few months when she found out he was stepping out on her.

“Kristin had left a ring at his house, so she went to pick it up last Thursday,” says a source. “She went to the bedroom and saw a girl in Sam’s bathroom. She knew right away what was going on.”

Then Kristin made a phone call to confirm what she already knew. “She called Sam but had the other girl talk to him, and he was so freaked out!” the friend revealed. “He was expecting Kristin’s voice and instead got the girl he was cheating with.”

This isn’t the first time Sam Nazarian strayed while dating Kristin Cavallari. According to reports Kristin was shopping in Beverly Hills when she overheard a girl talking about Sam Nazarian hitting on her.

“Another girl in the store was talking about how a ‘Sam’ had been hitting on her,” Kristin’s friend said. “Kristin said ‘Sam Nazarian?’ and the girl said, ‘Yeah, you know him?’”

“Kristin was really upset,” her friend said. “She confronted Sam, but he talked her out of it, saying it was just gossip. But there’s no way he’s talking her out of the latest one — She dumped his ass.”

While it sucks that Kristin Cavallari was cheated on, it’s sort of like, “Come on! Two times in just a few months? Helloooo?!” But it still sucks. 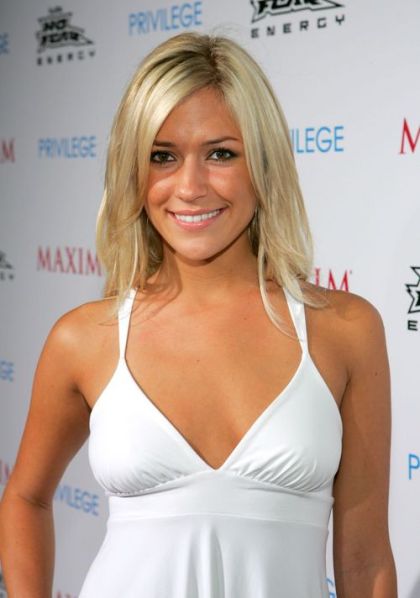