So I’m going to go out on a limb here, but I think actress Carmen Llywelyn, who was married to Scientologist actor Jason Lee from 1995 to 2001, is not a big fan of her ex-husband’s “religion.”

Carmen joined the Church of Scientology when she married Jason, who was already a member, and claims Lee abused her frequently during their marriage. But, she says, it wasn’t nearly as harmful as the effect Scientology had on their lives. She left the church when the couple divorced.

“Jason’s message was that if I didn’t join, I wasn’t going to be with him, so I joined. But it was like a cult, and I foolishly allowed it to take root in me.”

Llywelyn also alleges the church brow-beat her during the divorce, and was even “attacked and bullied by members.” She says the treatment was so bad she left Los Angeles and returned to her native Atlanta.

“I have never spoken about Scientology before, but I still have nightmares about these people,” she tells the Enquirer. “I lost my manager and my career. People didn’t return my calls. Scientologists even followed me down the street. I ended up addicted to painkillers, and it took three rehabs to get straight.”

But Carmen Llywelyn’s anti-Scientology rant doesn’t stop there. She also spilled the beans on some of the church’s more famous members.

… she claims Lisa Marie Presley told her she divorced Michael Jackson because “she didn’t want him in the same room as her kids.”

But her real scorn is reserved for Scientology’s poster-child, Tom Cruise, whom Carmen met while he and Nicole Kidman were still married, Here, she describes a very bizarre meeting with the two:

“Jason and I were talking to Tom, and we told him we went to the Church’s center in LA. He said brightly, ‘Oh yeah? Nicole are I are Scientologists too! Right, Nic?’

According to Carmen, Nicole gave Tom a death look, clearly hating being thought of as part of the church. Nicole Kidman became the ex-Mrs. Cruise soon after.

To be perfectly honest I believe everything bad I hear about the Church of Scientology and its celebrity followers. It makes my time without wine more tolerable. 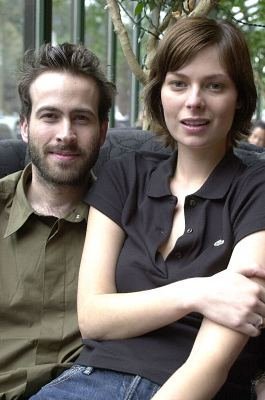