It what is most likely an attempt to say out of jail – an attempt that will undoubtedly fail – Lindsay Lohan has checked herself into the sober living facility, Pickford Lofts.

It should come as no surprise that Lindsay is seeking help right before her 90-day jail sentence. Her father Michael seems to be very pleased with her decision. He tells Hollyscoop, “As long as the place detoxes her of all prescription meds,” he’s happy.

…Shapiro founded the home, which is described as a “safe haven so that those in all stages of recovery can develop skills that will aid them in their journey of sobriety,” after his son Brent died of substance abuse.

Michael believes that this entire situation could have been avoided if Lindsay’s mother Dina wasn’t in denial about her substance abuse problem. “None of this would have happened, if Lindsay and Dina had [listened to me]. I was telling Dina and Lindsay this privately for years now,” Michael tells Hollyscoop.

You know, Michael Lohan may be a mesh-shirt wearing douche, but at least he’s trying to get Lindsay legitimate help. That’s certainly more than can be said about a lot of folks in her life.

If this latest trip of Lindsay’s to rehab is just an attempt to stay out of jail, the prosecutor in the case says it ain’t gonna work.

…prosecutor Danette Meyers has declared that LiLo will definitely be going to the slammer regardless of who she hires or what they say.

Meyers explained, “It’s a really a moot point to ask Judge Revel to send Ms. Lohan to rehab only as Judge Revel has already sentenced her.”

“Ms. Lohan is going to jail… Judge Revel could have sentenced her to more time behind bars, but she didn’t. The only issue to be decided is what rehabilitation facility Ms. Lohan will be sent to after she serves her jail time.”

So basically Lindsay Lohan will be staying at the sober living facility until next Tuesday, when she has to turn herself in and start her life behind bars. Which, by the way, will probably only be a couple days, if not only a few hours; I really don’t see what Lindsay’s freaking out about. Just sayin’. 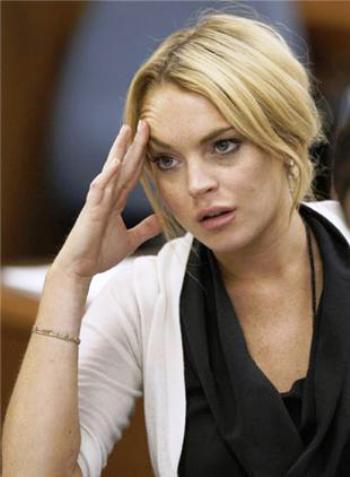