Oh for crying out loud! I’m away from the internet for one day, and a whole bunch of juicy stuff happens. That’ll teach me to go places without my laptop! Never again! Ok, well, maybe not never, but at least not during the week. Ha!

You know, I was trying to give Michael Lohan the benefit of the doubt these days because I think he’s genuinely concerned about his daughter Lindsay Lohan, but it’s looking like he’s back on the douche train again…..Michael Lohan Charged With 2nd Degree Harassment By His Ex-fiancee [Celebrity Dirty Laundry]

Hasn’t Bret Michaels been through enough? He almost died just a couple of months ago, and now he’s got to deal with being busted for weed? Just doesn’t seem right, does it?…..Bret Michaels’ Tour Buses Busted For Drugs [Gossip Cop]

An extra on Fox’s Bones is suing David Boreanaz for sexual harassment. Guess who her lawyer is. I’ll give you a hint – she likes to wear all red……David Boreanaz Masturbated In Front Of The Extra [Hollywood Rag]

A bunch of people in Russia paid homage to Britney Spears with a Flash Mob. I love Flash Mobs!…..Russian Flash Mob [Poor Britney] 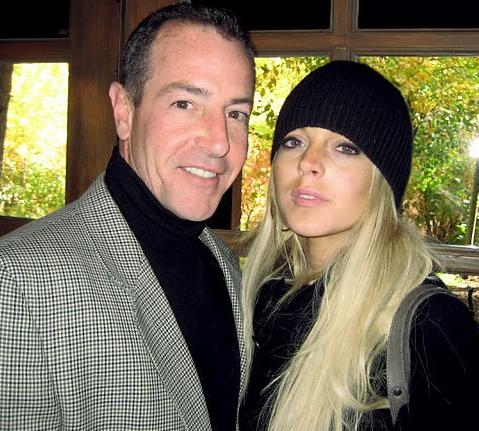