I saw Donald Trump in San Francisco on Sunday, at the Real Estate and Wealth Expo, put on by the Learning Annex. He’s actually quite entertaining in person. Has a potty mouth too. Which was just fine by me.

I learned a lot. Including that Donald Trump is one ugly dude. He also likes children and seems to be good with them. When asked by an 11-year-old girl how she could promote herself as an actress, he gave her a big smile said she was pretty and obviously confident, as evident by the composed manner in which she asked her question, and told her to follow her dreams of acting and never let anyone tell her she can’t do it.

I had a great view of him, thanks to a jumbo screen, and spent a good 20 minutes trying to figure out how he does his friggin’ hair. The thing I’m most sure of is that it is not a toupee. I could see the light pass through it, and it just doesn’t have that “piece” feel – especially on a gigantic screen. A camera scanned the audience every once in a while and there were definitely some toupees in the room. Some really, really bad ones – ones that scream wig from across the room and make you wonder why the man even tries. As near as I can figure, Donald Trump has a bald spot on the top of his head (like Fryer Tuck from Robin Hood) and combs some forward from the back, then feathers hair from the front over it. He has a part on the left side of the comb over, which only adds to the visual confusion. I wonder what it looks like just out of the shower. I bet it looks like Hulk Hogan’s – long in the back and bald on the top. Except that The Donald also has hair in the front. It would be great if someone, somewhere had a picture of Donald Trump with wet hair. But I would only look at it with a barf bag nearby.

Aside from trying to figure out the paradox that is The Donald’s head, I noticed he was not wearing a wedding wing. Which didn’t surprise me, not every married man wears a ring. He did mention a few times that he’s a happily married man. Of course, he also talked about women a lot and even referred to one as a ‘nice piece of ass.’ Which didn’t offend me, but I’m sure it pissed somebody off. There’s always at least one person in every crowd who has a stick so far up their butt a slight wind offends them. During the question and answer period, a woman with huge boobs and a tight skirt asked him how many jets he had and how she could apply to be a flight attendant on one. Of course he said she was hired. Then she walked up on stage and he hugged her from the side and ever so slightly groped her left breast. It was great! Then he watched her as she walked of stage and pretty much drooled all over the podium he was using to hold himself up. Yes, Donald Trump loves the ladies. And yes, he gave Miss USA Tara Conner a second chance because she’s pretty. And no, he’s not apologizing for it. In fact, he has no shame about it at all.

He also loves to drop friends who don’t take his advice, and refer to them as ‘shmucks’ and ‘losers.’ He talked about Rosie O’Donnell and called her a bully and made fun of her depression. It didn’t bother me, but I did think it was a bit inappropriate. I could understand the friend dropping thing since it’s related to business, but calling someone a bully then making fun of a disease they have just isn’t kosher.

Donald Trump does have a pretty good sense of humor though. He joked about people giving him a hard time for always being in the press via interviews and appearances and whatnot, because he doesn’t understand the big deal and the way he sees it, it’s free advertising. And he’s totally right.

Other than the fact that I was standing most of the time – except for when I was sitting on the concrete floor – it was a nice event. The Donald definitely knows how to speak to a crowd.

Oh, and he hates George Bush and thinks he’s the worst President ever. EVER. I could not agree more. 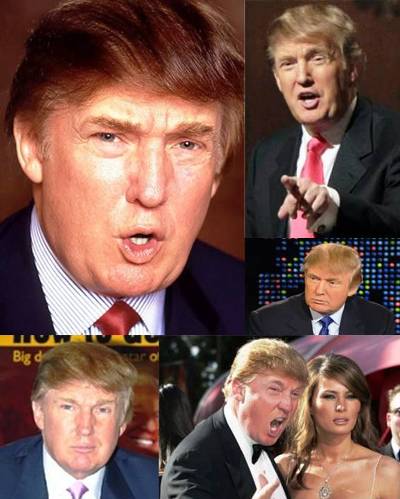