Home
Hollywood Gossip
A Few Questions For Author Tina Murray. And Her Answers.

Q: When I write short stories, I often find myself struggling to come up with just the right name for each character. Heston Demming and Poppy Talbot are great names; do you have a special method when naming your characters?

A: Thanks, Hilary. I don’t have a method, but I do consider a few things when naming characters. For example, I like names that are easy to read phonetically. In real life, you often see Heston’s last name spelled Deming. I chose to add an extra consonant to make the name more reader-friendly. Readers, wondering how the name is pronounced, might stumble over the former spelling, but they can breeze right through using the latter, without interrupting the flow of the action. That’s my theory, anyway. It’s not a rule, just a guideline.

I enjoy naming characters. I collect names, in a casual way. I like for character names to be distinctive. They should evoke a certain image of or feeling about the character. (As noted in A Chance to Say Yes, Heston’s mother named him for her favorite movie star.) Also, I like for them to create a kind of balance or equilibrium with the other character names—IOW, do they “go with” the other names? Crazy, huh? Yeah, naming is fun. It’s fun to play with the possibilities. It’s really fun to find just the right name for a character. I struggle, too, with certain unruly characters. I’m wrestling with one right now.

Q: How much of yourself, or people you know (without naming names), are a part of your characters?

A: My publisher once claimed that all characters in a work of fiction are the author. I’ve thought a lot about that statement. It’s true, and it’s not true. It’s true that the author’s life experience comes into play in his or her understanding of how others, such as fictional characters, experience life. It’s not true that characters are created solely out of the experience of authors, however. An author also incorporates his or her observations, research, empathy, and imagination.

It’s not about me. It’s about the the story I’m telling. One of the best compliments I could receive? That my characters have taken on a life of their own and that they serve the story. I want them to.

Certainly, they are not specific individuals I have known. I have known a great many people in my life. I did spend my misspent youth around entertainment folk, but I have created fictional characters, not documented the living or the dead.

Q: If A Chance to Say Yes was made into a big-screen movie, who would you wanted casted to play Heston and Poppy, and why?

A: I would love for A Chance to Say Yes to be made into a movie. (In the meantime, here’s the new youtube.com video: http://tinyurl.com/ACTSYbooktrailer.) However, as much as I’d like to comment on this, I don’t want to impair readers’ visions of Heston by offering my take. I want readers to decide who they feel should play Heston and Poppy. I am very interested to know what readers think about this. A number of actors could play the parts. Both roles require good looks—in Heston’s case, phenomenal good looks—as well as depth of heart and an outstanding ability to act. Whom would you suggest? [Tune in tomorrow for my answer] 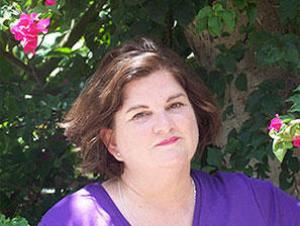 A recluse at heart, Tina has ventured her way into the publishing world after years spent in a wide range of pursuits. Insight gained, especially as an actress and artist, subsequently enhanced by degrees in art education, education, art and drama from Florida State University and the University of Miami, has fed her imagination for her debut romance novel A Chance to Say Yes. Now she enjoys the sunny shores of paradise as she prepares the sequel in her movie-star dynasty.