Because apparently he felt the need for more problems, Mel Gibson crashed his car into a Southern California hillside on Sunday evening. At around 8:35 p.m., the troubled Gibson lost control of his 2008 Maserati on Malibu Canyon Road. He was not injured.

Law enforcement officials say, “For unknown reasons, Mr. Gibson steered his car to the right and struck the rock hillside. He stopped his car at the scene and was contacted by officers from the West Valley CHP Area.”

CHP Public Information Officer Leland Tang added, “Gibson told officers in the field he did not know how the car drifted out of the lane and into the hillside.”

Tang said his officers followed up by asking Gibson if he was on a cell phone and he said no. Tang adds officers also asked Gibson if he had dozed off “but he did not give a firm ‘yes’ or ‘no’.” Gibson just repeated several times, “I don’t know how the car left the roadway.”

The report goes on, “Mr. Gibson supplied all the pertinent information to the officers at the scene, gave a statement, and received a ride home from a friend.”

Officials do not believe alcohol was a factor in Mel Gibson’s accident. Falling asleep at the wheel, however, has not been ruled out.

About an hour before the accident, Mel Gibson was photographed driving the Maserati. 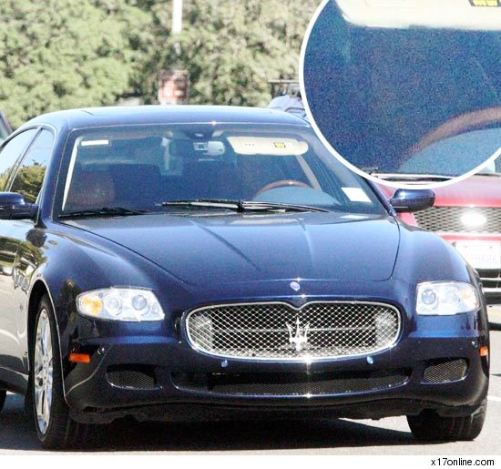