Michael Lohan is such a friggin’ idiot (not like you didn’t already know that).

A judge in New York has issued an arrest warrant for douche-extraordinaire Michael Lohan, on charges stemming from a 2008 child support case.

Initially the elder law-breaking Lohan said he had no idea why the warrant was issued, but TMZ later confirmed it is connected to the paternity claim a woman in Montana filed against Lohan two years ago.

“I was on parole, and was not allowed to leave New York,” Lohan later told popeater.com of the 2008 hearing. “So the judge in Montana held me in default, and ordered me to pay child support.”

Lohan told TMZ.com that he was late on his second payment by a few days because of the elections on Nov. 2.

“But I did send it, and I have receipts,” he said. “So because I was a couple of days late, they issued a warrant. How sick.”

I don’t understand what the elections have to do with Michael Lohan’s payment not arriving on time.

According to Michael, he’s asked the Montana woman to submit the child for a paternity test, but she has allegedly “refused” them.

“I went to court in New York, and they basically extorted me: Pay and admit you are in default, or go to jail,” he told popeater.com. “The magistrate said even if I have a hearing, she will rule against me. How illegal is that.” 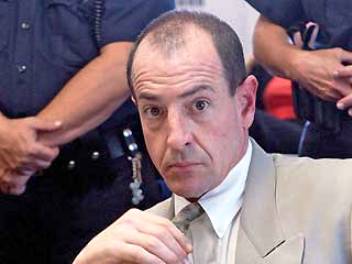