I just wanted to let you all know that I am in the process of moving and dealing with some miscellaneous life issues, so my postings may be scarce this week and next. I will do my best to do something each day, but I’m not making any promises that they won’t all be email forwards and the like. I’m sure you understand.

But fear not, I will be back.

So it’s looking more and more like Madonna and Guy Ritchie will soon be divorcing; thus joining the countless other celebrity marriages ending in divorce. Something like 50% of all marriage end in divorce, but in Hollywood it’s more like 75%. Other than the obvious hurdles of fame, why do so many celebrity marriages fail? They’re always telling us they’re just like us, so why are they getting divorced more than us?

…another celebrity marriage bites the dust. Sad, sad, sad. All relationships and marriages face their challenges, but in the world of Hollywood and fame, there are booby traps left and right from being surrounded by gorgeous men and women, having nasty rumors spread, and over publicized romances.

… pitfalls that celebrity couples face that us average Joe’s and Jane’s don’t have to deal with.

Temptation: the other woman/man
Case in point: Brad Pitt and Jennifer Aniston
… The set of Mr. and Mrs. Smith proved to be too much quality time between Brad and Angelina and those pouty lips were no match for Jen’s toned arms.

Over-publicity
Case in point: Ben Affleck and Jennifer Lopez
…”Bennifer.” They were the ultimate publicity whores, which probably was the end cause of their broken off engagement. The couple was overexposed in a bad way, resulting in the embarrassing, box office failure, Gigli.

One is more famous
Case in point: Reese Witherspoon and Ryan Phillippe
… She was charming and hilarious in Legally Blonde and won an Oscar for her portrayal of June Carter in Walk the Line … Ryan Phillippe was suffering from a severe drought of good movie roles, and little fame. Perhaps he felt neglected and emasculated?

Overexposed by Reality TV
Case in point: Jessica Simpson and Nick Lachey
… Neither one of them was very famous before the run of their reality show Newlyweds … It really catapulted Simpson to celebrity status, inflated her [ego], and resulted in her leaving poor Nick. 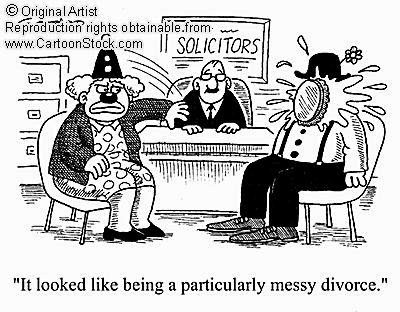