Another celebrity life has been taken by cancer.

Character actor Pete Postlethwaite died this past Sunday in Shrewsbury, Shropshire, England at the age of 64. He leaves behind wife Jacqui Morrish, son Will, and daughter Lily.

Born into a working-class Roman Catholic family in Warrington, England in 1946, Pete was expected to become a priest or a teacher. At the age of 11, Pete began a two-year stay in a seminary.

Choosing to be an actor really ticked off his mom – until the 1980s when she saw a picture of him with Queen Elizabeth II that was taken after he appeared in a Royal Shakespeare Company production of “The Taming of the Shrew.”

He was widely known in England as a stage and television actor before beginning a busy film career in the 1980s — his first significant role was in “A Private Function,” with Michael Palin and Maggie Smith, in 1984 — and in the 1990s he became familiar to American audiences in, among other films, “Alien 3,” “Waterland,” “The Last of the Mohicans” and “The Usual Suspects.”

Last year he was seen in two Hollywood action extravaganzas, as a fisherman and adoptive father of a character loosely based on the mythological figure Perseus in “Clash of the Titans” and as a dying corporate baron in “Inception”; he also played a vicious gangster in Ben Affleck’s crime drama “The Town.”

He was also the priest in the 1996 movie “Romeo and Juliet” with Leonardo Dicaprio, by the by. For me personally, Pete Postlethwaite will forever be Giuseppe Conlon.

“In the Name of the Father” was based on the real-life tribulations of Gerry Conlon, a feckless Irishman wrongly accused in the 1974 Irish Republican Army bombing of two pubs popular with British soldiers in Guildford, England. Mr. Postlethwaite played Giuseppe Conlon, “a father in an unimaginable predicament” as The New York Times described the role, whose complicated relationship with his son (Daniel Day-Lewis) is made even more difficult when he becomes a victim of the prosecution of the crime his son did not commit. 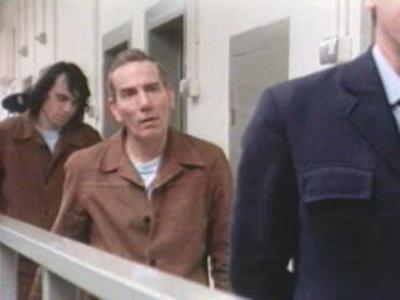