Every time Billy Ray Cyrus opens his mouth these days, he brings himself one step closer to being the next Michael Lohan. He loves his daughter, blah, blah, but he still seems to put his foot in his mouth any chance he gets. When will parents of celebrity children realize that talking to the media never goes over well with the child?

In late October 2010, Billy Ray Cyrus filed for divorce from his wife of 17 years, Tish Cyrus. But now apparently he’s had a change of heart because on March 11th of this year, Billy Ray’s attorney filed a “voluntarily dismissal and non-suit”, which essentially cancels all divorce proceedings.

During a visit to the morning talk show The View, airing Friday, Cyrus told the ladies of the couch that he had withdrawn his divorce request.

“I’ve dropped the divorce,” Billy Ray said on the show, which taped on Thursday. “I wanted to put my family back together.”

Billy Ray Cyrus also used his time on the show to backtrack on all those “I’m worried about my daughter” comments; inferring that since the divorce has been dropped, everything is peaches and cream in the Cyrus family.

“I feel like I kind of got my Miley back in a way. I feel like we are the daddy and the daughter that we were before ‘Hannah Montana’ happened. Our communication, we have laughed a lot in the last couple of days,” he said.

In an interview for the March issue of GQ, Billy Ray Cyrus basically blamed Disney for destroying his family and ruining his life. On Friday’s The View, the hair-challenged singer ate those words too.

“I don’t think ‘Hannah Montana’ ruined my family, but to set the record straight, I love ‘Hannah Montana.’ I love Disney. That didn’t tear my family apart. Now fame, fame is a different animal, you’ve got to be careful with that thing.” 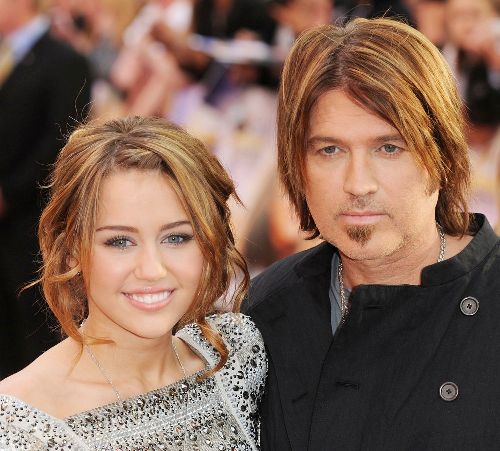