Home
Hollywood Gossip
Ashlee Simpson And Pete Wentz Back Together. Maybe. Maybe Not.

A mere eight weeks ago, Ashlee Simpson filed for divorced from her husband of two years, Pete Wentz. By most accounts, Wentz did not take the split very well.

Now it’s looking like the divorce may be called off.

Although the couple was photographed together on Valentine’s Day (five days after Simpson filed), and then seen together again two weeks later, rumors of reconciliation didn’t start flying until the two were photographed holding hands this past Thursday morning while on a Starbucks run with their son Bronx.

“They were holding hands and laughing,” said an onlooker. “And when they weren’t holding hands Pete had his arm draped around Ashlee’s shoulders.

“They looked very happy and at ease with one another. If I didn’t know different I’d never have thought there was trouble in paradise.”

While I’m happy Ashlee and Pete are getting along again and possibly repairing their marriage, I still think they got married way too young; and probably rushed down the aisle because Ashlee was knocked up.

Note to young couples: Having a baby does not mean you absolutely must to get married. I don’t care what the Bible says; and you shouldn’t either because your overall health and the happiness of your child are the most important things. If you cared what the Bible said, by the way, you wouldn’t have had pre-marital sex in the first place. Just sayin’. 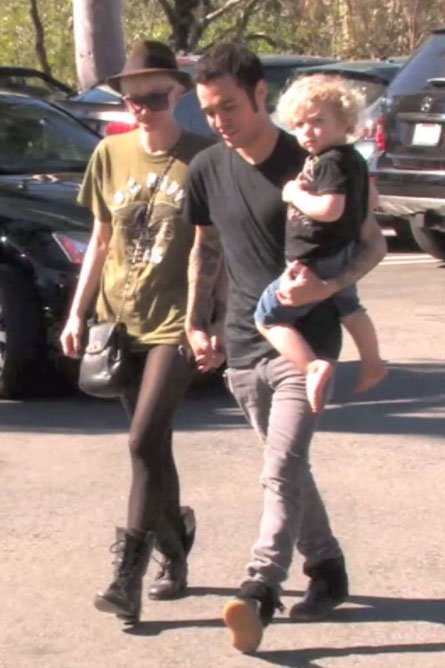