James Holzier is one of those actors who is becoming more and more appealing as time goes by. I’m not talking his looks – which, of course, are attractive, but more importantly his top notch buzz and inspiring journey. James Holzier comes from an impressive background and is primed for stardom. Major celebrity news and media are smitten with Holzier and are covering him internationally.

In an interview from the United Kingdom that we got our hands on recently, James Holzier was asked, “To the world of glamour and success, your journey has been inspirational, what are the things that have changed in your life or have just remained intact?”

He responded, “Wow..that is a good question. Part of who I am will always remain intact. As a person you know. To me, that is where I came from, all who I have met, anybody can be really…anybody. Who I am as a person will always get you through anything. I credit that a lot to everyone else. As far as changes…things have come with this but, it doesn’t change or affect me in anyway. I just appreciate any attention or accolades I receive, I am forever grateful for it.”

There is something that sets James Holzier apart from young actors-made-good. It’s an instinct, or maybe even a propensity, that has apparently served the young star well thus far. James Holzier is having scripts mailed to him through his representatives. The actor’s global fan base increases daily. The actor’s giving heart also supports many charities according to LooktotheStars.org.

Willow Raine, of TEN Gossip wrote about James, “James isn’t merely aesthetically pleasing, but he is also moral, ethical, and I would love and be proud to extend my hand to him, for being such an astonishing humanitarian and wonderful human being.” 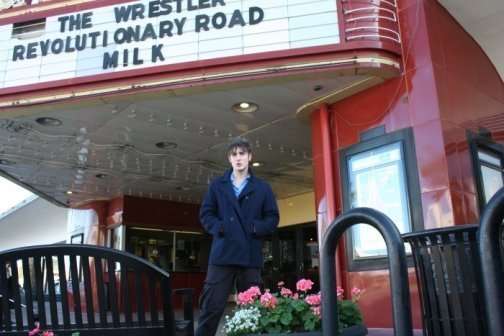