It’s been barely a month since Hayden Panettiere and Wladimir Klitschko broke up, but Hayden doesn’t seem too heartbroken over it.

Rumor has it she’s already moved on. The question is, however – with whom?

When photographs of Hayden Panettiere hanging out with New York Jets quarterback Mark Sanchez surfaced over Memorial Day weekend, chatter began that the two were an item.

Are you as dizzy as I am?

“I’m a huge Jets fan and became very good friends with Mark and his buddies,” she told Us Weekly last week. “I’ve always been that girl who has a lot of dude friends. I’m into sports, so we have a lot in common.”

…Her possible new love interest, McKnight, 23, is an Orange County native who played wide receiver for the University of Colorado before being drafted by the Jets. Sanchez, out of Mission Viejo, was a quarterback at USC. The two have been friends since grade school.

She certainly likes her men large, doesn’t she? Of course, when you’re as tiny as Hayden is, pretty much anyone standing next to her is going to look like a giant. 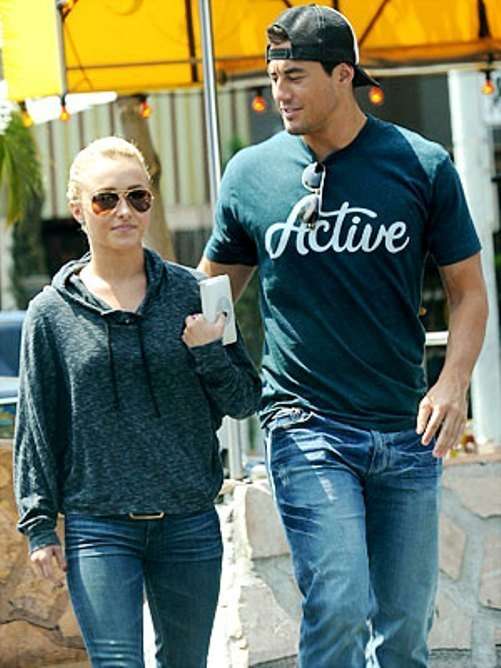