On this day in 1989 the San Francisco Bay Area did a little rocking – and rolling; and a whole lot of quaking.

I cannot believe it has been 20 years since the Loma Prieta earthquake. I don’t feel like it just happened yesterday or anything – I just can’t believe I’m actually that old!

When all was said and done, the 1989 Loma Prieta earthquake killed 63 people throughout Northern California, injured 3,757 and left thousands of people without homes. 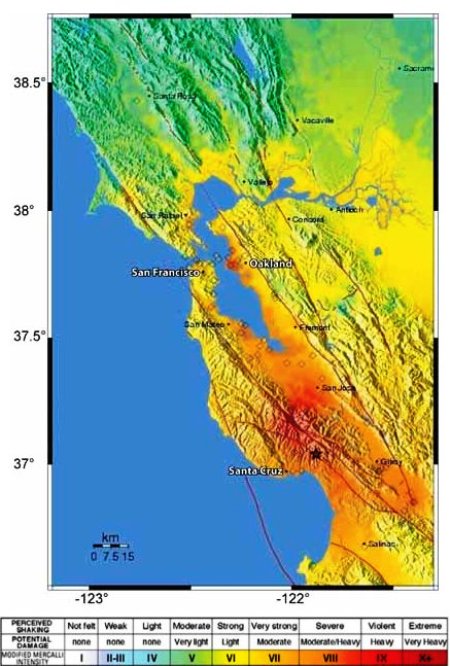 I was in the 6th grade at the time – we had just done a paper mache project of the solar system, and our teacher told us the next day that the only thing that fell was the planet earth. I thought it was fitting, even as an 11-year-old.

When the quake hit I was at home with my mother, who had arrived home early from work; my step-dad had just left the house for his daily swim, and my sister was away at a volleyball game. As my mom prepared dinner, I went to the hall closet to get the cutting shears so my mom could trim my hair while dinner cooked. The absolute instant I jumped of the step stool, the earthquake hit. I knew right away what it was and got in the nearest doorway.

My mother on the other hand, didn’t realize it was an earthquake and said to me, “Is that you?” To which I responded, “No! It’s an earthquake.” I kid you not. 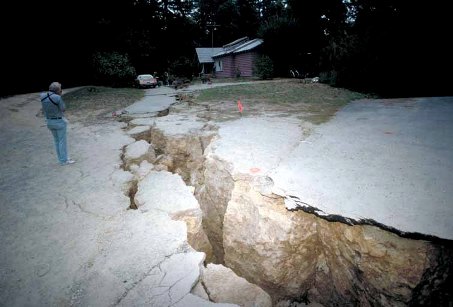 By the time my mom came to her senses and got in a doorway, the quake was over. We had the TV on – like so many others – for the third game of the 1989 World Series between the Oakland A’s and San Francisco Giants, so I ran to the living room to see what was happening.

We basically sat in front of the TV the rest of the night. It was so crazy seeing all the damage – the broken Bay Bridge, the collapsed Nimitz Freeway in Oakland, the fallen homes in San Francisco’s Marina District. As horrific as it was, it could have been so much worse.

The highest number of fatalities, 42, occurred in the City of Oakland because of the failure of the Cypress Street Viaduct on the Nimitz Freeway (Interstate 880), where a double-deck portion of the freeway collapsed, crushing the cars on the lower deck. One 50-foot (15 m) section of the San Francisco – Oakland Bay Bridge also collapsed, leading to the single fatality on the bridge.

When the earthquake hit, the third game of the 1989 World Series baseball championship was just starting. Because of the unusual circumstance that both of the World Series teams (the San Francisco Giants and Oakland Athletics) were based in the affected area, many people had left work early or were staying late to participate in after work group viewings and parties. As a consequence, the usually crowded freeways were experiencing exceptionally light traffic. If traffic had been normal for a Tuesday rush hour, injuries and deaths could have been higher. The initial media reports failed to take into account the game’s effect on traffic and initially estimated the death toll at 300, a number that was corrected in the days after the earthquake.