While Dr. Conrad Murray was in Los Angeles telling the court he’s not guilty of involuntary manslaughter, troubled actor Charlie Sheen was in an Aspen, Colorado courtroom pleading nothing.

Sheen was charged with felony menacing, misdemeanor 3rd degree assault and misdemeanor criminal mischief stemming from his Dec. 25th arrest after his loving wife Brooke Mueller got wasted before 9:00 a.m. and told the cops he pulled a knife on her. Although she basically recanted her story hours later, authorities still decided to go after Charlie.

Personally, I think Brooke is a little more of a villain in all of this than she’d like us to believe, but that’s just me.

The details of the case were not read in Aspen’s Pitkin County District Court on Monday, but the judge did lift a “no contact” part of a restraining order that kept the couple apart. They left the courthouse together.

Mueller told police they had a nasty argument and that Charlie had pulled out a knife and held it to her throat when she threatened to divorce him and take their children.

Sheen denied holding the knife to her throat but did admit to crumpling his wife’s eyeglasses and said both of them had slapped each other’s arms.

Charlie Sheen is not allowed to drink alcohol, harass Brooke or possess firearms. Charlie and Brooke reportedly hugged each other at the close of the hearing. 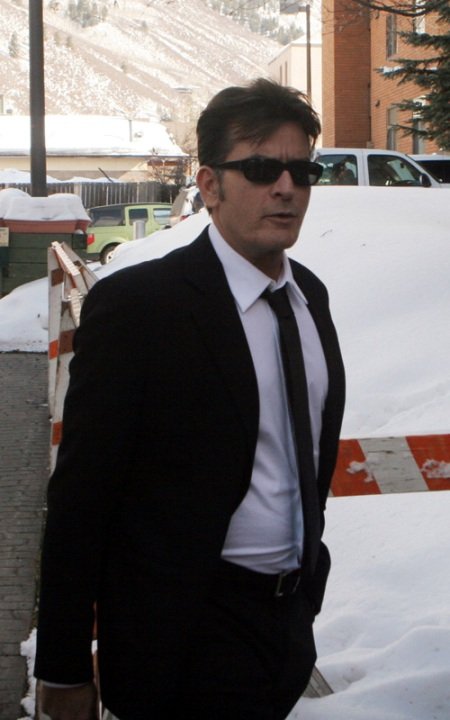