Joseph Hyungmin Son, the hefty Asian actor who played Dr. Evil’s henchman Random Task in the first Austin Powers movie has been convicted of torture in the 1990 kidnapping and gang rape of an unnamed female victim.

The rape occurred on Dec. 24, 1990 at approximately 12:30 a.m. when the unidentified victim was walking back to her apartment alone with her dog after going to look at Christmas lights with a relative and friend.

Per the Orange County District Attorney’s Office, Son distracted the woman by asking for directions and pretending he was lost. Son and co-defendant, Santiago Gaitan, then dragged her to their car and threw her in the back. After pistol whipping her and telling her they were driving to Compton, the men instead drove to Huntington Beach where they raped her repeatedly, sodomized her and forced her to give them oral sex.

The D.A. also stated that Son also threatened to kill her, penetrated her vagina with a firearm, and counted the bullets in the gun out loud while the victim pleaded for her life.

After the woman was finally allowed to flee – naked, and with her pants tied around her eyes – she found her way to a nearby home where the occupants called police.

Despite the collection of evidence at the crime scene, investigators had few leads and the case soon went cold.

In 2008, police got the break they needed when Joseph Hyungmin Son was arrested and subsequently pled guilty to felony vandalism. He was initially sentenced to 60 days in jail, and received another 90 days after violating his probation. Providing a DNA sample was a requirement of his plea deal, and it was found to match evidence gathered from the 1990 crime scene.

Although the crime included a brutal rape, due to the statute of limitations on sexual assault, the D.A. only charged Son with torture. According to Farrah Emami, the spokeswoman for the D.A.’s office:

“…the sexual assault charges were not taken before a jury so the only count he was found guilty of was torture. But based on that count, he still faces a maximum sentence of 15 years to life so it’s still a very significant count to be found guilty of.”

Emami added that Joseph Hyungmin Son’s sentence will be determined by the judge, not the jury, and that it will be a based on the totality of the circumstances.

Son’s accomplice in the crime did not fight the charges like Son did; his sentence has already been determined.

Gaitan pleaded guilty to one felony count each of kidnapping, sodomy by force in concert, rape in concert, forcible oral copulation and forcible rape while armed with a firearm and received in January a punishment of 17 years and four months in prison. 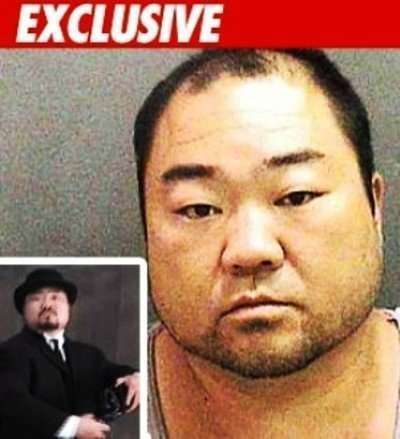