He’s still pretty easy on the eyes, though. I don’t know what it is about Keanu, but there’s something about him – something in his eyes perhaps – that makes me feel all warm and fuzzy inside when I see him.

His super-laid back, cool-dude persona, as well as his remarkable ability to keep his private life ultra private definitely works in his favor. It makes him mysterious, and thus H.O.T.

A few details about the enigmatic Keanu have slipped out over the years, however, including the following…..

He’s Extremely Generous – Rather than wring every dime he could out of the popular “Matrix” movie series, Reeves signed away his back-end deal for the two sequels to the films’ special-effects and costume-design teams — an act of benevolence that cost him many millions.

And it’s far from the only time he’s taken a financial hit in the name of his art — Reeves lowered his salary by a few million dollars for 1997’s “The Devil’s Advocate” so that producers could afford to bring Al Pacino on board as well.

“Money is the last thing I think about,” Reeves has said. “I could live on what I have already made for the next few centuries.”

He’s a Coke Man – Before “Bill & Ted’s Excellent Adventure” — before even “River’s Edge” — Reeves built up his acting resume with a Coca-Cola commercial. Reeves, then 16, played a bicycle racer whose winning spirit is bolstered by the sugary, carbonated beverage. Watch him take the pause that refreshes in the video.

He’s Ambidextrous – Though left-handed, Reeves played bass with his bands Dogstar and Becky in a right-handed manner. Despite this seeming advantage, neither band made much of an impression in the music world.

He’s Picky – “The Gift” notwithstanding, Reeves is actually pretty choosy about the roles he takes. He turned down the role of Pvt. Chris Taylor in 1986’s “Platoon” (a part that eventually went to Charlie Sheen) because he wasn’t happy about the movie’s violence. He also passed on the role of Racer X in 2008’s “Speed Racer,” and famously — most would say wisely — declined to participate in “Speed 2: Cruise Control,” the sequel to his hit “Speed.”

He Just Might Have the Coolest Name Ever – Named after his uncle, Henry Keanu Reeves, the actor’s first name roughly translates to “cool mountain breeze” in Hawaiian. 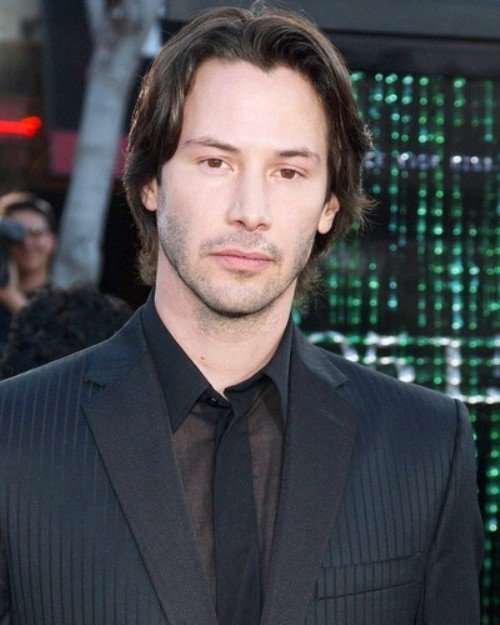