Excuse me a moment while I flail on the floor in uproarious laughter. Call me a skeptic, but there’s just no way Gene Simmons will be able to cease his extra curricular activities; a wedding ring doesn’t make a man magically stop cheating.

With their 22-year-old son Nick serving as best man and 19-year-old daughter Sophie standing as maid of honor, the KISS frontman and girlfriend of 28 years exchanged self-written vows in front of 400 guests.

And yes, the wedding will be a part of the family’s reality TV show, Gene Simmons Family Jewels, airing on A&E October 18th. 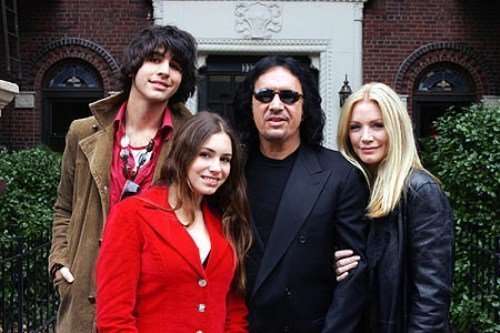 Simmons may have pledged his love to his wife in front of hundreds of people, but he’s not promising to be faithful to her. Tweed, however, expects nothing less than monogamy.

Shannon said: ‘He doesn’t promise to be faithful to me.’

Gene replied: ‘I will do my best. We’re going to have to wait.’

She said: ‘He does stupid things, but he is not a stupid man.

‘He does bad things but he’s not a bad person.

‘I know you had some fantasy about an open marriage or something. 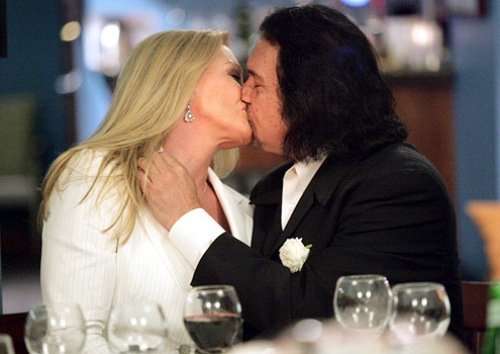