Jesse James may have a new reality TV show, but he clearly doesn’t have a new humbled ego.

Which, you know, you’d think he would have since he’s been publicly revealed to be a heartless human being void of morals on more than one occasion over the last couple of years. But whatever; maybe a Teflon soul is his super-power. 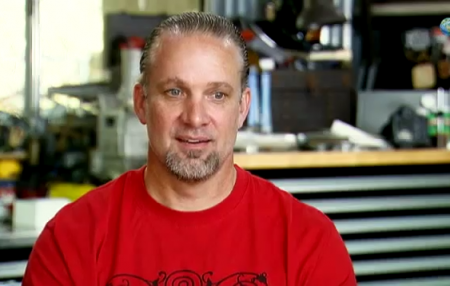 Apparently Mr. James is incapable of letting an opportunity to bash ex-wife Sandra Bullock for basically no reason other than to hear his own voice pass by without him grabbing at it.

On Monday night James reentered the world of reality TV on The Discovery Channel’s American Chopper: The Build-Off, during which he took a little time to smell the roses.

And by ‘smell the roses’ I mean sound like a complete jerk.

“I became a big shot and married some Hollywood actress and didn’t talk to anybody anymore, so I feel bad. . . I feel obligated to reconnect with all these people and show ‘em that I’m still the same fabricator motorcycle guy. I’m not what I became.”

You may not be married to “some Hollywood actress” anymore (who, by the way, was always out of your league), Mr. James, but you’re still a cheating bastard. And you’ve got a really inflated view of how great you are.