Over the past week or so, actress Jennifer Aniston has been spotted and photographed with what looks to be a little baby bump. Of course, being the woman that I am, I know that it could possibly just be that Ms. Aniston is at a certain point in her monthly cycle and was simply bloated.

But whatever, this is a celebrity gossip site, so let’s go with pregnant.

According to certain unknown sources, the 42-year-old actress is six months along in her gestation.

Back in October, Jennifer Aniston and her boyfriend Justin Theroux were photographed leaving a clinic, but denied it was due to being pregnant.

Jennifer Aniston recently quit smoking which could have something to do with her subtle weigh gain. Or she quit because she found out she was pregnant.

Aniston has never been shy about her want for children, so I wouldn’t be surprised if she’s with child or giving up cigarettes before she gets pregnant.

A “friend” of Jennifer’s told Look magazine (which I’m pretty sure is an out-and-out tabloid), “She wouldn’t have wanted to make a big deal but she must be so excited. If anyone ever asked if she was worried about running out of time, she’d reply, ‘I’m absolutely having kids there’s not one doubt in my mind’.”

There’s really only one way to know for sure if Jennifer Aniston is having a baby – wait and see. 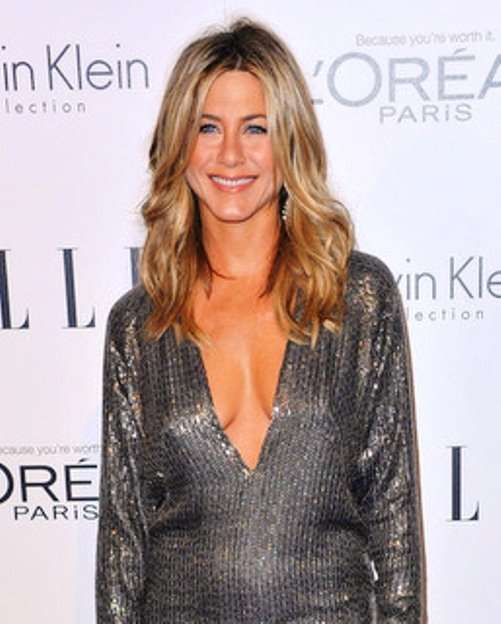