Sometimes I like to fantasize about the little hidden dirty habits celebrities have – like how Tim Curry wears women’s underwear beneath his clothes, and how George Clooney has his girlfriends sign a contract that says he’ll give them a year, but they’re not guaranteed more than a year, and that Clooney can pull the plug at anytime without notice, or retribution.

I don’t know what it’s going to take for the girlfriends of George Clooney to realize that when their relationship with the professional bachelor gets around the one-year mark, and they speak to the press during which they mention both Clooney and “marriage”, they might as well go home and pack their bags.

Or at the very least, they shouldn’t be surprised when they get the big heave-ho. Just sayin’.

According to Chi magazine editor Alfonso Signorini, a friend of Elisabetta Canalis, who had no problem flapping his jaws to the press, the 32-year-old beauty was blindsided by the break up.

“It’s all over,” Signorini said on Italian TV show ‘Rai Uno’ Thursday [via UsMagazine.com.] “It has come as a real surprise to me. They were getting on really well.”

… “From what I know it was him who dumped her and she stormed out of the villa. I’ve tried to get her on the telephone but it’s switched off.”

I don’t feel sorry for Elisabetta Canalis, by the way. Not even a little bit. The b*tch is my age and spent a year of her life with friggin’ George Clooney. She can suck it. 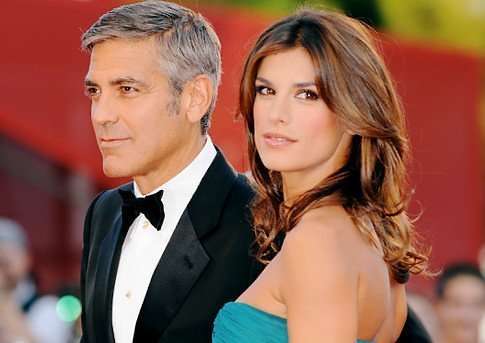