While I’m not normally one to rub things in people’s faces, I must say this little bit of news makes me want to get all up in someone’s grill with my finger sharply pointed at their face and taunt them about how much better my big city is than theirs.

“It’s certainly an honor for San Francisco to be named ‘America’s Best City,’ and it’s great to get recognition for the good work San Franciscans have done,” wrote Mayor Ed Lee in a statement. “San Francisco is committed to being the best place to live, work and visit, and there is nowhere else on earth where you will find the economic opportunities and world-class events found in our great City.” [source]

On a related note, other local cities such as Oakland and San Jose have also made it on lists lately:

– Oakland ranked number 39 on the list of America’s Best Cities (far better than Los Angeles, by the way).

– San Jose was named the richest city in America a week ago.

– The New York Times named Oakland the number one city in America to visit.

– In early September, Forbes magazine listed the Mission District of San Francisco as the second most hipster city in the U.S. (just behind Silver Lake in Los Angeles). 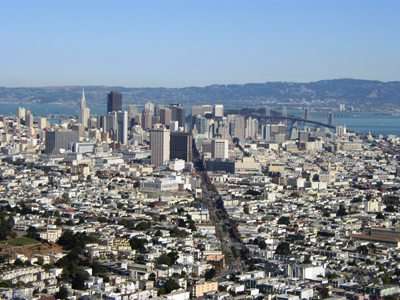