During our wonderful Disneyland Park Magic Morning last Saturday, one of the rides we made sure to hit before the crowds was the Matterhorn.

If my memories weren’t flooding before, they certainly were after I climbed aboard my Matterhorn bobsled.

Did you know that the Matterhorn ride began as a big pile of dirt meant to be a picnic area which soon turned into a make-out spot? It’s true.

…During the construction of the park, dirt from the excavation of the Castle’s moat was piled up in an area between Fantasyland and Tomorrowland. After opening it was dubbed Holiday Hill and improved with benches and pathways to encourage its use as a picnic area. After the opening of the Disneyland Skyway in 1956 Walt Disney conceived the idea of having a toboggan ride on the mountain with real snow but the logistics caused vehement objections by Disneyland Construction Chief Joe Fowler. In this period the hill began to be known as Snow Hill. By now instead of picnicking the main use of the hill was as a nighttime Lovers’ lane, much to Disney’s dismay. New wild mouse style roller coasters got the attention of Disneyland executives who began to consider applying this emerging technology to the creation of a toboggan-themed coaster ride on an artificial mountain at the site. The structure was also intended to act as a decorative overlay to camouflage the central pylon of the Skyway. Having the mountain be based on (and named for) the Matterhorn grew from Disney’s extended vacation in Switzerland in the period during the filming of Third Man on the Mountain. He was impressed by the beauty of the real Matterhorn, and merged the toboggan ride concept with the thoughts of a bobsled coaster ride that would run around and through the structure. The peak was first shown in a conceptual drawing that was once on display at The Disney Gallery. 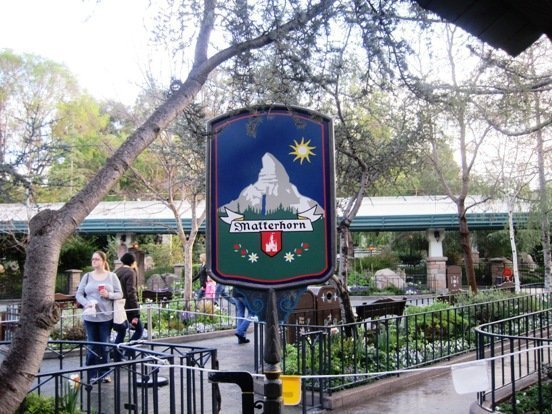 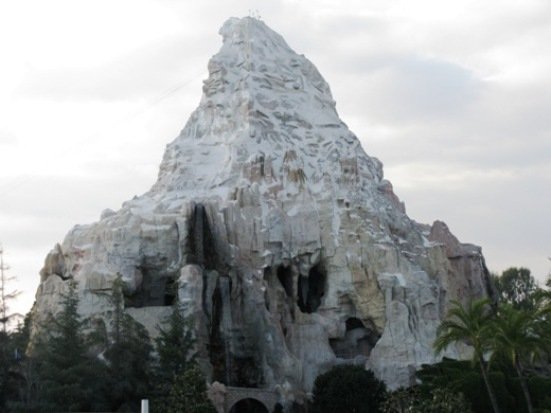 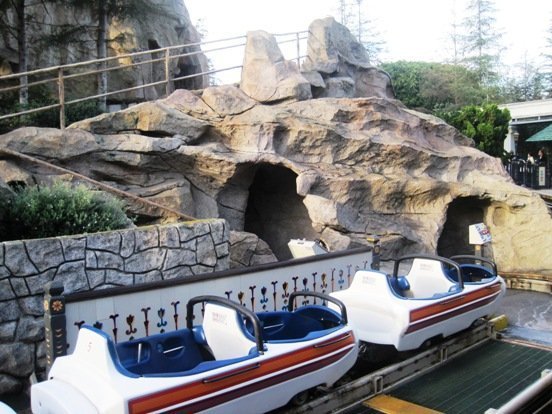 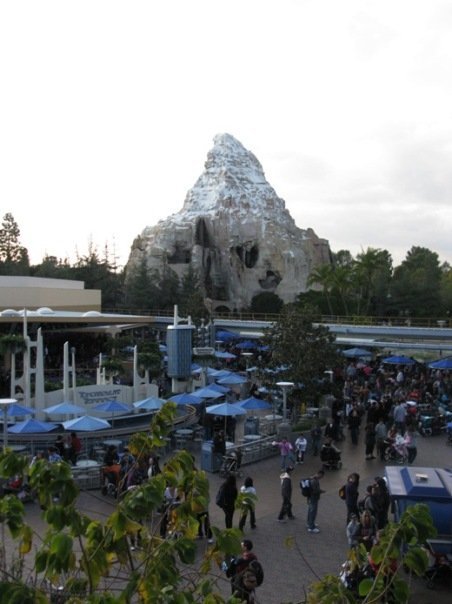