Hollywood party girl Paris Hilton, and her younger sister Nikki, are famous simply because they were born into the Hilton family. For some reason they feel it is their duty to remain in the news and to be known for nothing more than being known.

In that spirit, the Hilton sisters delighted in posing for the camera in photos that defy description. They were at the Playboy mansion, so I guess that makes it okay? They aren’t the first sisters to be this close for the cameras at Playboy. But they’re in the news, so their plans seems to have worked. 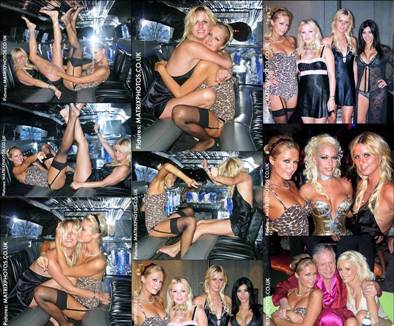 It became famous during the 1970s because of Hefner’s lavish parties. According to Bridget Marquardt on an episode of The Girls Next Door the Mansion is the only private residence in the city of Los Angeles with a permit for fireworks displays, and a zoo permit.

Although there may be others, a secret room known as the “Elvis Suite” is said to have been kept out of the public view, even for frequent and important visitors, for more than thirty years. In a March 2007 television interview, Hefner — who is an avid Elvis Presley admirer — explained the suite is special to him because of one night in the early seventies, when Elvis stayed in that suite along with no less than 8 girls. Hefner further confirmed that whenever movie stars, sports stars, or rappers come there to chill out, they always request the “Elvis Suite”, but that it remains, and will most likely remain, off limits. He also added “Yeah, Elvis loved women, of all colors.”

The house next door is a mirror image of the Mansion layout, only smaller. Hefner purchased the neighboring building in 1996 and it is currently home to his separated wife Kimberley Conrad and their children together. Hefner and Conrad married in 1989 and separated in 1998, although they have never divorced. Conrad said in an E! True Hollywood Story episode that she has no plans to get a divorce.

In 2002, Hefner purchased a house across the street from the Playboy Mansion specifically for use by Playmates. 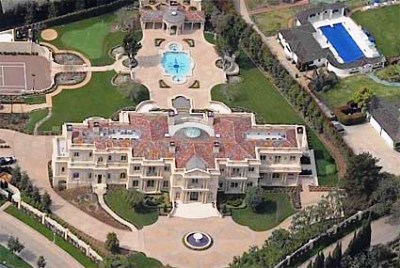