My friend Mighty Mo has taken it upon herself (much to my pleasure) to be my personal reporter on the Anna Nicole Smith Drama. She’s turning into quite an expert on the subject. Here are her latest reports. And be sure to read a comment she left on my last Anna Nicole post HERE.

In response to: Stern Will Not Fight for Custody If Birkhead’s the Dad

– Howard “giving up” custody fight… It’s all a ploy. When has he EVER given of himself out of SINCERE GENEROSITY? (And no, I don’t mean working for Anna for “free”)The only thing that would maybe change my feelings about Howard at all is if he were to legally relinquish himself and his family from any financial gain having anything to do with Anna Nicole. It’s always been about the money. With all that is known, how can he clear his name? I think he will delay and appeal as much as he can. And when all means are exhausted, he just might commit suicide in order to avoid prosecution, guilt and living with himself.

– … all a ploy on Howard’s part. Perhaps to gain sympathy more so than to ease his conscience (hah!). For Howard to relinquish any financial gain who help me feel better about him. However, there are still two deaths involved. There is nothing that can be done to bring Daniel and Anna Nicole back. I still want the guilty to take accountability and responsibility. Justice, please prevail for the sake of the innocent little girl, DannieLynn.

In response to: I’m Gonna See My Baby Tonight!!!

– So was this Wecht fellow the same one Howard chose to do the DNA test (re: DannieLynn paternity), and when the court chose someone else, Howard and his cohorts decided to drop their appeal? Hmmm….Isn’t Wecht under investigation from one of his private practices? I think he got fired or just quit after some suspicious activities. (Read that somewhere on the internet). Over in the Bahamas, you have illegals working for Anna. Shane Gibson knew they were illegal yet did nothing. Howard sees the two former nannies are learning too much and gives them the pink slip to leave. Ford Shelley’s attorney, Tracy Ferguson, pays the nannies $100 to sign an affidavit. Bribery, political corruption, illegal workers is evident not just in the States, but the Bahamas as well! Anna left an awful lot of strings untied.

In response to: Anna’s Self-Portrait for Sale

– It makes me think that it’s all about the money. Seems to always have been that way with Anna Nicole, DEAD or ALIVE. I wonder: if it weren’t Anna Nicole who painted these works, what kind of critique would she be getting? I know other celebs have paintings in public. I know my 6yr. old niece could probably do as good a job. But Anna found something she enjoyed doing, which didn’t involve having to “sell” herself with her looks/body. (Just a guess on my part.). I think it’s a telling self portrait and had she gotten more serious about her painting, who knows what might have been? 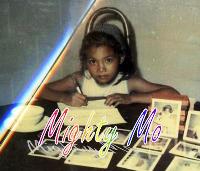