The Grammys opened with the much anticipated reunion of The Police. It totally rocked! They started with Roxanne, which Sting does not really perform anymore because he can no longer hit the high notes like they should be hit. For the Grammys, he changed the melody of the song a little bit to compensate for his changed voice. It sounded modern and updated, but not in a bad or cheesy way.

Next came the Dixie Chicks, introduced by folk singer Joan Baez. The performance was great and a nice way to start their winning streak for the evening. 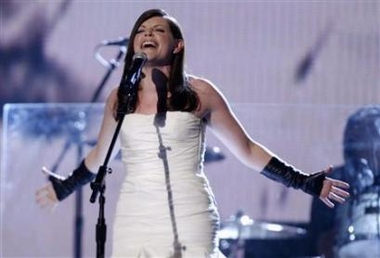 Prince introduced Beyonce. It was a typical Beyonce performance. Hey, did anyone else beside me catch Prince’s Super Bowl thank you commercial?

The performance by Shakira and Wyclef was visually appealing, but that was about it.

Three time winner Mary J. Blige gave an awesomely strong and powerful performance. You can tell she really feels her music in her soul.

As a tribute to the Godfather of Soul James Brown, Christina Aguilera sang a total kick ass rendition of It’s A Man’s World. Everything about it was great, except for Christina’s poodle hair.

This year, there was a contest where the winner would have the chance to sing with Justin Timberlake. The winner was Robin Troup, and she was excellent. With Justin accompanying and playing the guitar, Robin first sang Ain’t No Sunshine When She’s Gone. Then the two of them sang Justin’s song Girlfriend (I think that’s what it’s called). Robin Troup did a beautiful job and I would not at all be surprised if something great came of her performance.

The performances of the night concluded with the Red Hot Chili Peppers. Did you know that they’re in their 40’s? I think they’re going to be the next Rolling Stones — going strong until they die. Which is fine with me, since I love the Chili Peppers. 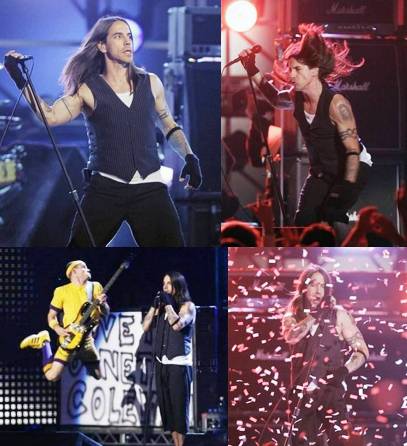 I hope you enjoyed the Grammys as much as I did this year. Next year is the 50th Anniversary, so I’m sure something special will be done. If all goes well, I will be there live. I’m starting my planning now!

Next up are the Oscars, on February 25th.