Jenna Bush, one of the twins belonging to George Dubya and Laura Bush, appeared on the Ellen show today to tout her new book about a young woman living with AIDS (more details at end of post), who she met while working with UNICEF in Panama.

Ellen quickly challenged Jenna to phone home – to the White House. And of course, hilarity ensued.

Watch the clip here: First Daughter Proves to Ellen That She Can Operate A Telephone, Has Access To Parents – Defamer

Little Jenna is really growing up. 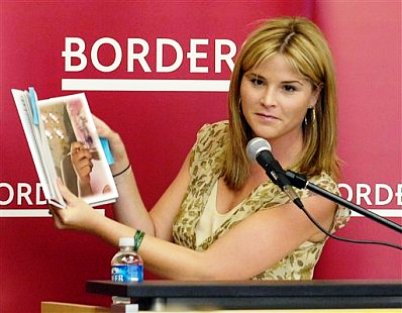 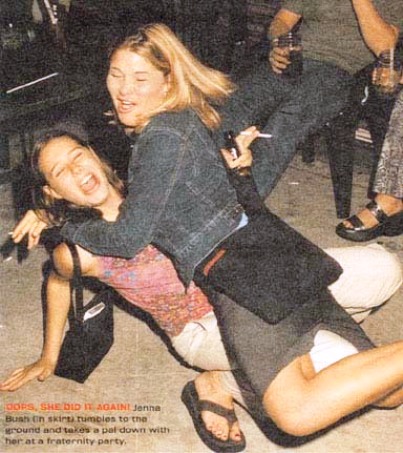 [Ana’s Story] tells the story of Ana whose first memory is of learning that her baby sister has died. Ana’s parents die of AIDS as well, and Ana is raised by an abusive grandmother whose boyfriend molests her. Ana learns at age 10 that she has HIV, but is told that it must be kept secret. By 17, Ana has a child of her own (HIV-negative) and is struggling to survive.

The book consists of 102 chapters, some as short as a few sentences, and includes 49 pictures from Mia Baxter. The book also consists of 35 pages of information about UNICEF and AIDS-prevention.

On April 29, 2001 Jenna was charged with a Class C misdemeanor of being a minor in possession of alcohol in Austin, Texas.

On May 29, 2001 Jenna was charged with another misdemeanor—attempting to use a fake ID (with the name Barbara Pierce, her paternal grandmother’s maiden name) to purchase alcohol.

Image Sources:
I’m Not One to Blog, But…