Home
Hollywood Gossip
The Queen Is Coming Out. And Getting Married!

Queen Latifah, that is.

Rumor has it that Queen Latifah and her (rumored) girlfriend of nearly four years, Jeanette Jenkins, will soon be tying the knot.

MediaTakeOut.com is just one of the sites claiming ownership of the story: “…We can tell you that we’re 100% sure on this one. And we can also tell you that ABSOLUTELY NO ONE in the media (no magazines, no bloggers, no TV stations, no radio personalities – NO ONE) else is reporting this story right now.”

But the New York Post also wants in on the action, posting a blind item on Monday that asked: “WHICH big Hollywood actress is about to come out of the closet? She’s been living with her girlfriend in a small town, where all the neighbors know, and the two are now engaged to be married.” [Everyone Wants in on Latifah Wedding – E! Online]

If it’s true, I say congrats! to both. They make a beautiful couple. 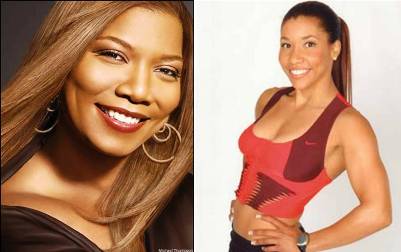 All about the Queen and her lady…
Queen Latifah.com
Jeanette Jenkins – The Hollywood Trainer