Knight Rider is back. Sort of. At some point in the future, there will be a two-hour Knight Rider TV movie on NBC.

Out with the old… 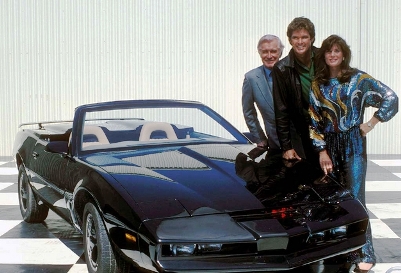 And in with the new… 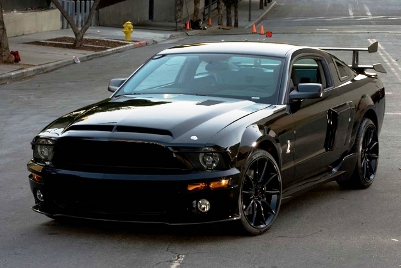 Gone is the Pontiac Trans Am which played the faithful sidekick of David Hasselhoff, to be replaced by the sleek, suped-up Ford…The Hoff has also been swapped for a new model, former soap star Justin Bruening… David Hasselhoff does make a brief guest appearance on the show and was on hand to advise his young replacement on working with Kitt. Knight Rider returns to the screen – The Press Association 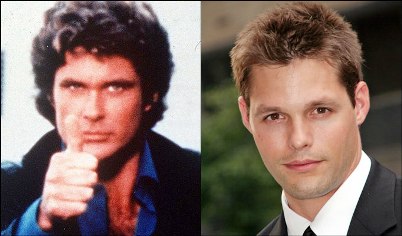 According to Glen A. Larson [the creator and first executive producer], in his interview on the Season One DVD, after the show became a big hit, Pontiac dealerships across the country were swamped with calls and visitors looking for the black Trans Am model that had KITT’s features. Many people were practically laughed out of the dealership after learning the car really did not exist. Toward the end of the first season, in a formal letter to Universal Studios, General Motors kindly asked them to never refer to KITT as a “Pontiac” or a “Trans Am” ever again. From then on KITT was just called KITT, or referred to as a “black t-top.” But, in some episodes in the ending credits still was says “some automobiles furnished by Pontiac Motor Division.” Knight Rider – Wikipedia

Wow, people can be really stupid some times.